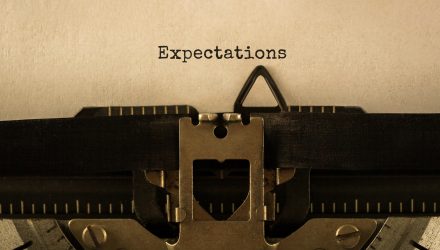 2018 saw four interest rate hikes which helped decimate the emerging markets (EM) space, but 2019 thus far has been a year of redemption and more strength could be on the way if analysts are correct in forecasting an interest rate cut this week.

With U.S. President Donald Trump leading the charge in clamoring for lower interest rates, the EM space is likely to join in on the demands. A number of economists and analysts alike don’t expect a rate cut to necessarily happen in June, but a dovish message from Fed Chair Jerome Powell could clear the runway for a rate cut in July.

The shift in forecasts have come as a result of the Labor Department revealing recently that only 75,000 jobs were created in May, which fell below expectations, and could be a sign that the U.S. economy could be on the verge of a slowdown. Nonetheless, the unemployment rate remained at a generational low of 3.6 percent.

Whether a rate cut does come in June or not, the second largest economy doesn’t seem to be suffering from any ill effects of the trade impasse with the United States as the country’s overall trade surplus was about $42 billion–double the $20.5 billion expected by economists polled by Reuters. The data comes just as the International Monetary Fund (IMF) lowered the growth expectations for China through the rest of the year.

An Irish ETF That Meshes EM and Ecommerce

While 2019 thus far has seen the reemergence of EM, investors are sifting through the plethora of opportunities the EM space has to offer, such as niche ETFs that mesh EM with other sectors like ecommerce. In a number of these areas, the internet is still growing in its adoption as the infrastructure in EM countries are lacking compared to that of developed markets.

Overall, the fund’s strategy is to seek to provide exposure to the growth of online consumption in the developing world.