You are at:Home»Equity ETF Channel»Analyzing Uber’s Opening IPO Price of $45 a Share 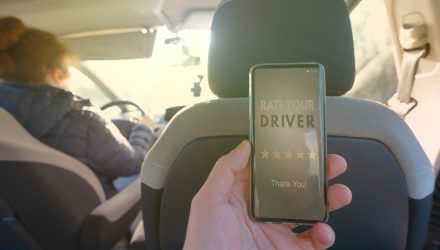 Uber began trading on the New York Stock Exchange at $45 a share Friday as the price of entry to take the Uber initial public offering (IPO) for a ride in what has been one of the most-eagerly anticipated IPOs thus far this year.

The $45 per share price revealed that the ridesharing company will be valued on a non-diluted basis of about $75.46 billion.

“Uber is a great reminder to venture capitalists that the biggest opportunities lie in our most common needs as humans,” said Shawn Carolan, an early Uber investor and partner at Menlo Ventures. “When a startup presents, look beyond the current product, which often feels trivial, to the underlying need being served. An on-demand black car service was easy to dismiss, but nearly everyone needs transportation.”

Pinterest lost $63 million in 2018, which almost seems miniscule next to the over $900 million loss that Lyft revealed prior to debuting its IPO. Uber has been losing more than $800 million a quarter ahead of its IPO debut.

Warren Buffett Not Looking to Ride

One investor who won’t take the ridesharing company’s IPO for a ride is market maven and Berkshire Hathaway CEO Warren Buffett.

“The idea of saying the best place in the world I could put my money is something where all the selling incentives are there, commissions are higher, the animal spirits are rising, that that’s going to better than 1,000 other things I could buy where there is no similar enthusiasm … just doesn’t make any sense,” he added. “I’m not saying that what we’re buying is going to work out better, but there have to always be better things than one single issue.”