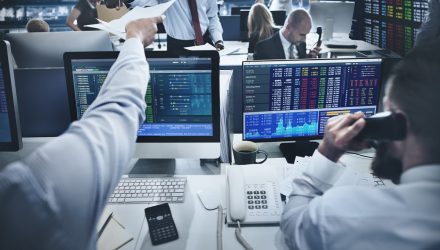 With the stock market climbing back savagely, regaining much of its lost ground from the May demise, many analysts are anxiously anticipating a move back toward the all time highs. Much of the recovery seems to be linked to expectations that the Federal Reserve will cut rates accordingly, if the market needs salvaging. But the question of whether this is a short-lived oversold bounce, or something capable of reaching new heights is on everyone’s mind.

Despite a sizable pullback today, the Dow Jones Industrial Average and S&P 500 are both up more about 5% in June. The Dow is up for six-straight days and futures pointed to another big gain early on Tuesday.

“I think it goes back to its highs. This would be a pretty quick recovery from a pullback. Normally, it takes about a month and a half to get back to break-even. This could happen in less than half a month,” said Sam Stovall, chief investment strategist at CFRA.

“I think the market’s feeling like there really is nothing to be worried about,” Stovall said. “I think that’s because of the lower rates that will help pull the economy out of its death spiral.”

Still some analysts are concerned that the move back to the highs may be less smooth, or may not happen at all.

Julian Emanuel, head of equity and derivatives at BTIG, says the market may actually have trouble breaking to the next level, though the S&P should end the year at 3,000.

While Emanuel ultimately anticipates that President Trump will strike a trade deal with China, the trade war between the two could make for a tumultuous ride for stocks. Emanuel also said investors are putting too much faith in the Federal Reserve, who many believe will step in to save the market if danger strikes.

“The market has completely overestimated the Fed’s propensity to cut rates,” Emanuel said. “Friday’s [jobs report]was a weak number, but we’ve had a number of those over the years, and the Fed hasn’t reacted.” The government on Friday reported that only 75,000 non-farm payrolls were created in May, about 100,000 less than expected.

For those investors looking to capitalize on a move higher, ETFs like the Vanguard Total Stock Market ETF (VTI), the SPDR S&P 500 ETF (SPY), or the Shares Core S&P Mid-Cap ETF (IJH) offer broad market participation  and have performed well this year.