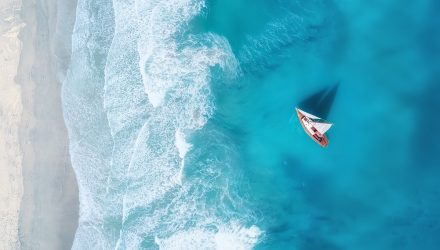 With ecological conservation a more active force than ever, organizations have sought to drastically reduce emissions from cars and ships in an effort to help the environment.

The IMO measures encompass all aspects of international shipping, including ship design, construction, equipment, manning, operation and disposal, in order to ensure that this key sector for remains safe, environmentally sound, energy efficient and secure.

According to IMO, “From 1 January 1 2020, the limit for sulfur in fuel oil used on board ships operating outside designated emission control areas will be reduced to 0.50% m/m (mass by mass). This will significantly reduce the amount of sulphur oxides emanating from ships and should have major health and environmental benefits for the world, particularly for populations living close to ports and coasts.”

Investors can use the Invesco Shipping ETF (SEA) to position themselves before IMO 2020, the new international marine regulations that start in January, and limit the sulfur content in fuel. Ships are in expected to install “scrubbers“ or use low sulfur ship fuels ahead of the rule implementation with additional compliance costs to top $60 billion over the next three years.

The fund tracks high dividend payers in the global shipping industry including names such as A.P. Miller-Maersk, Mitsui O.S.K Lines, Nippon Yusen, Euronav, Ship Finance International Ltd, Scorpio Tankers Inc, and Matson. It has an expense ratio of 66 basis points, and while it has struggled to compete with the S&P 500, it is moving faster this year.

According to Bloomberg NEF the “scrubber” order book stands at more than 3700, with around 3000 expected to be installed across the fleet by the end of this year, meaning that SEA could reap the benefits.

The Invesco Shipping ETF (Fund) is based on the Dow Jones Global Shipping Index. The Fund will invest at least 90% of its total assets in the securities and depository receipts that comprise the Index. The Index measures the performance of high dividend-paying companies in the global shipping industry. The Index is computed using the gross total return, which reflects dividends paid. The Fund and the Index are re-balanced quarterly.