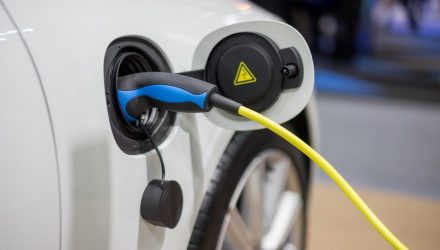 Amazon CEO Jeff Bezos recently told employees that he’s interested by the recent developments in the auto industry, stating that it was one of the main considerations as to why Amazon led a $700 million investment in the electric vehicle startup Rivian in February.

“Adventure is life,” gushes R.J. Scaringe, Rivian’s 36-year-old founder and CEO. “[Your destination] could be fishing, it could be golfing, it could be taking the family out for lunch.”

With an initially sluggish startup, Rivian was founded in 2009 and began to develop an electric sports coupe, very similar to Tesla’s Roadster, Scaringe admits. But within a couple years, that plan was sidelined. “[We weren’t] building something that the world truly needed that was different than other things in the market,” he says. Resolute, Scaringe changed directions once again, redefining the company’s mission around the future of mobility and focusing on luxury sport utility vehicles.

“If you think about the auto industry right now, there’s so many things going on with Uber-ization, electrification, the connected car — so it’s a fascinating industry,” Bezos said according to a recording of the meeting CNBC has heard. “It’s going to be something very interesting to watch and participate in, and I’m very excited about that whole industry.”

“Amazon is stepping up its investment in start-ups, and this has been made easier because of the increased cash flows from operations,” said Daniel Aobdia, an accounting professor at Northwestern University. “This is an interesting development, in line with Amazon being interested in expanding its businesses in several different directions.”

Despite the excitement, Bezos is still tempering expectations, claiming that the company is not going all in on the electric vehicle wave. But he is very excited about Rivian’s founder.

“As with most of our major investments, and acquisitions, we’re always looking for mission-driven entrepreneurs — missionaries instead of mercenaries,” Bezos said. “And the guy who leads the company, a guy named R.J., is one of the most missionary entrepreneurs I’ve ever met.”