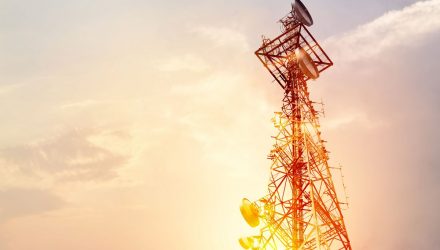 A Leaner AT&T Could Be More Profitable Says Key Shareholder

AT&T (T) stock jumped more than 4% in Monday morning trading to around $38 a share on news that Ellliott Management, a top activist shareholder firm, disclosed Monday that it has taken a $3.2 billion stake in the telecom company.

In a letter to AT&T’s board of directors, Elliott Management partner Jesse Cohn and associate portfolio manager Marc Steinberg explained that AT&T’s stock could potentially rally significantly to above $60 a share by 2021 if the company “increased strategic focus, improved operational efficiency” and “enhanced leadership and oversight.” A move to such levels would be a nearly 60% increase from the present value of roughly $38.
To accomplish this goal however, Elliott recommends that AT&T gets leaner, focusing on selling many of its non-core businesses that are “distractions and should not be part of the portfolio,” such as spinning off DirecTV, its Mexican wireless business, and several other operations.
“Any assets that do not have a clear, strategic rationale for being part of AT&T should be considered for divestment,” Elliott said.
AT&T has acquired a variety of companies over the years, including an $85 billion purchase of Time Warner, which now oversees CNN as its parent company, WarnerMedia.
“While it is too soon to tell whether AT&T can create value with Time Warner, we remain cautious on the benefits of this combination,” the fund said in a letter. “AT&T has yet to articulate a clear strategic rationale for why AT&T needs to own Time Warner.”
The telecom giant seemed sanguine about the new shareholder and future relationship with Elliot.
“We look forward to engaging with Elliott. Indeed, many of the actions outlined are ones we are already executing today,” the company said in a statement. “AT&T’s Board and management team firmly believe that the focused and successful execution of our strategy is the best path forward to create long-term value for shareholders.

Elliott’s new interest in AT&T, including its skepticism regarding Time Warner, drew praise from President Trump, who has been a longtime critic of the Warner and CNN.

“Great news that an activist investor is now involved with AT&T. As the owner of VERY LOW RATINGS @CNN, perhaps they will now put a stop to all of the Fake News emanating from its non-credible ‘anchors,’” Trump wrote. “Also, I hear that, because of its bad ratings, it is losing a fortune … But most importantly, @CNN is bad for the USA.”

…But most importantly, @CNN is bad for the USA. Their International Division spews bad information & Fake News all over the globe. This is why foreign leaders are always asking me, “Why does the Media hate the U.S. sooo much?” It is a fraudulent shame, & all comes from the top!

Investors looking to use ETFs to engage with AT&T could consider the First Trust Morningstar Dividend Leaders (FDL) or the iShares Edge MSCI USA Value Factor ETF (VLUE) both of which have a healthy allocation of the telecom stock.
For more market trends, visit ETF Trends.