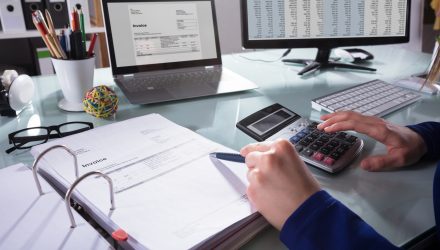 The S&P 500 Financials Sector index is up over 17 percent year-to-date thanks to better-than-expected earnings in the first quarter from banks. Investors who haven’t already added a hot-to-trot financial sector exchange-traded fund to their portfolio can look to various options.

For investors wanting that broad-based exposure to the current strength in financials, they could look at the The Financial Select Sector SPDR Fund (NYSEArca: XLF)

“I would go back to XLF, and here’s why,” said Tim Seymour, founder and chief investment officer of Seymour Asset Management, during CNBC’s “Fast Money.” “You have the money center banks, which make up 35% of this ETF, and then you have Berkshire Hathaway, which, frankly, I think you could strip out of there. Unfortunately, it’s 12% of the index. But bottom line here is, since earnings, we’ve seen that year over year banks are actually still near record profitability, but the decline in rates has largely been priced in.”

“There are several ways ETF investors can look at this differently than just buying XLF,” Christian Magoon, CEO of Amplify ETFs, said Monday on CNBC’s “ETF Edge.” “One of them is to change the capitalization weighting of their ETF, so instead of doing market-cap weighting, they could do equal weighting. Equal weighting emphasizes small- and mid-cap companies more. They have more volatility on the downside, but also, they have more volatility on the upside.”

Earlier this month, CEOs of big banks faced the music of Capitol Hill with a grilling from the House Financial Services committee. All the government finger-wagging came as a precursor to banks’ first-quarter earnings.

On the Capitol Hill hot seat was:

The CEOs faced a battery of questions regarding executive compensation, income inequality and the overall stability of the nation’s banking system. It all ties back to the financial crisis over a decade ago–a simple matter of “checking in.”

Nonetheless, XLF is up 8.48 percent year-to-date according to Morningstar performance numbers.