You are at:Home»Entrepreneur ETF Channel»Joel Shulman on How “Hot Money” Lifts Meme Stocks 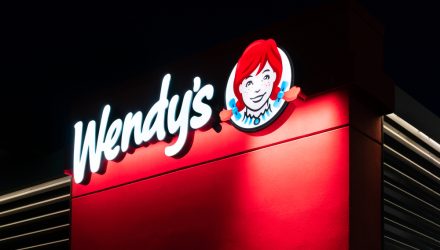 In his recent appearance on Mornings with Maria on Fox Business, founder and CIO of ERShares Joel Shulman shared his thoughts on meme stocks and speculative investing.

But now there are “special situations,” including short squeezes in meme stocks like GameStop (GME) and AMC (AMC), only “now it’s Clover Health and maybe Wendy’s.”

Shulman went on to make predictions on other short squeeze stocks, including Bed, Bath & Beyond (BBBY), Nikola (NKLA), Skillz (SKLZ), and even Beyond Meat (BYND).”There are a number of other stocks with high short shares to float and… and have high volume so people can come in and out,” he said.

These short squeeze candidates have already appreciated an average of 30%+ month-to-date, said Shulman to clients. He cautioned that “price reversal often comes along as part of the risk package.”

Speculative money is constantly rotating in and out of various stocks, said Shulman.

The origins of the current “meme stock” trend started roughly a year ago, he said. “The retail investor today is not like the traditional investor.”

“This is a completely different ballgame than we saw years ago,” he added. “You ask, how does this make sense long term?”

Shulman went on to elaborate that retail investors have set up a dangerous pattern of moving from one meme stock to another, crowding into crowded trades and sharing information on Reddit and other social platforms.

“They crowd into a trade, they bid it up, it’s like a Ponzi scheme; first one in wins, last one out loses,” he said.

This entirely new method of investing has shaken up the traditional, fundamental investing behaviors that markets have followed historically.

This is very difficult for a traditional investor to try to manage, said Shulman, because the trading activity isn’t based on fundamentals or even bubbles. “It’s just moving from pocket to pocket to pocket. It’s hard to predict.”