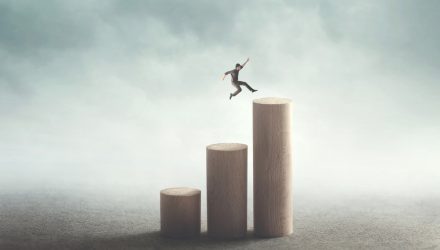 The ERShares Small-Cap Poised to Break Out of its Base

Technical analysts say small-cap stocks are perking up, and with charts strengthening, there could be an upside runway for exchange traded funds like the ERShares International Equity ETF (NYSEARCA: ERSX).

ERSX tracks 50 non-U.S. companies from around the world with market capitalizations between $300 million and $5 billion USD and have the highest rank based on the six investment style factors.

“EntrepreneurShares has created a rules-based methodology that selects publicly-traded Entrepreneurial companies,” according to the issuer. “This procedure is applied in creating the Entrepreneur Non-US Small Cap Index. The Index is comprised of 50 Non-US companies form around the world with market capitalization based between $300 million and $5 billion USD.”

Some interesting ratios suggest ERSX could be poised for near-term upside. 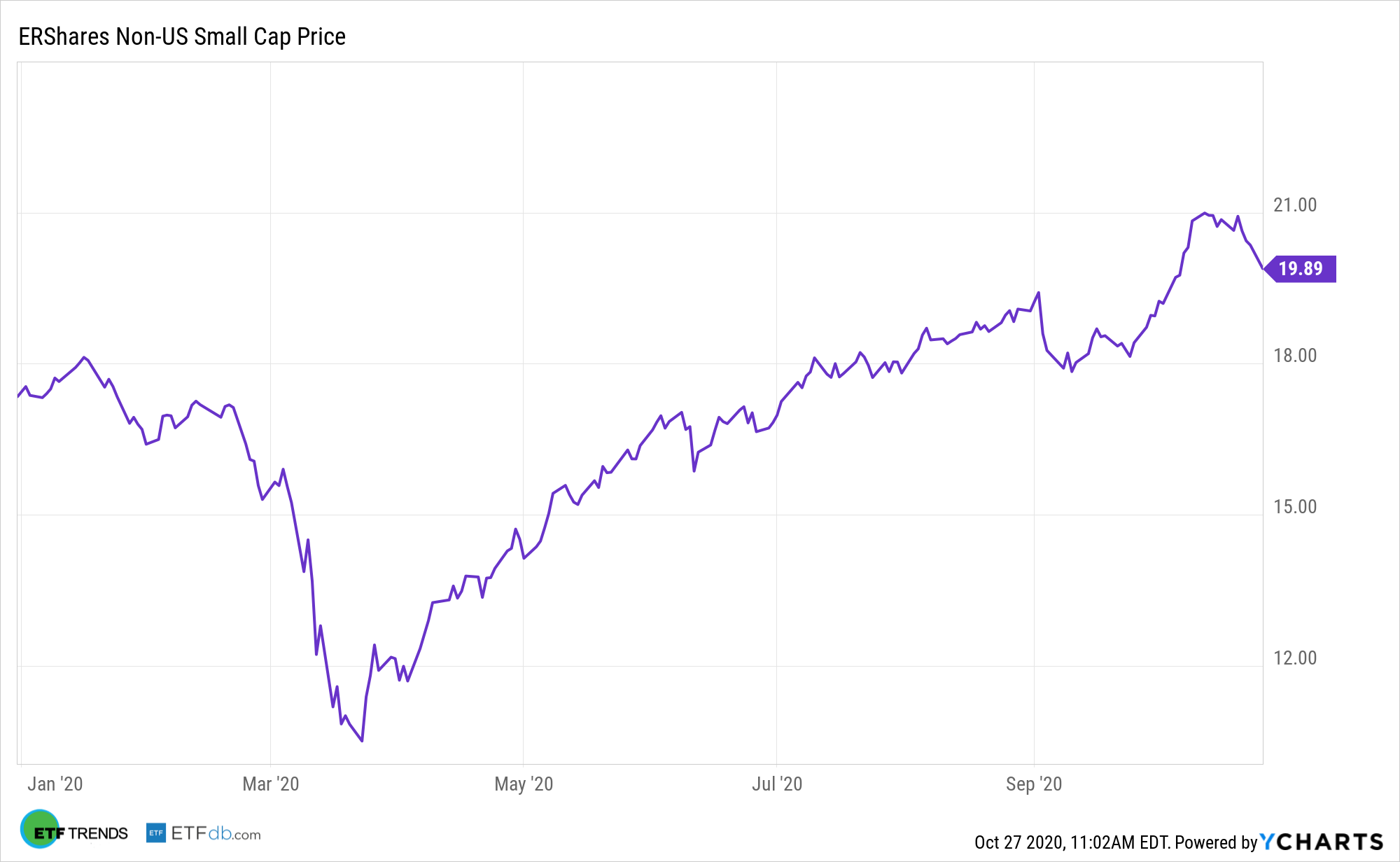 “The Russell 2000/S&P 500 ratio—derived by dividing the Russell 2000 by the S&P 500—is on the verge of hurdling a two-year downtrend and climbing from a seven-month base,” reports Andrew Addison for Barron’s.

Small cap equities have been benefitting from the coronavirus sell-offs back in March, but investors can’t be too optimistic by the recent momentum. The question, of course, is whether it’s sustainable.

Regarding the Russell 2000, “what stands out is the positive divergence between the Russell’s breadth and its price action. While the index declined more than 30% from 238 to 162, the advance/decline line registered a significantly higher bottom. In other words, the index was camouflaging that more stocks had begun to turn higher—even as the index itself declined,” according to Barron’s.

Smaller companies often sport higher leverage and are more rate-sensitive than their large-cap counterparts. Bolstering the case for ERSX are improving small-cap earnings revisions, confirming the group has some earnings momentum. Interest rates are also boosting the case for ERSX.

“What might explain why small-caps are preparing to outperform larger stocks, at least on a short-term basis? The firming—that is, trending higher slowly—in long-term interest rates,” according to Barron’s.