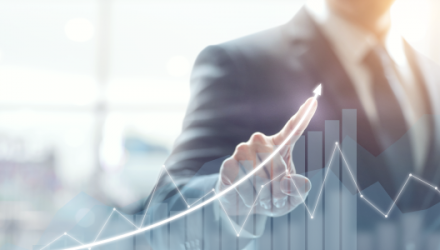 Asset Prices Are Up, Up and Away. Where Are the Value Buying Opportunities?

If you’ve ever wondered what trillions of dollars in monetary and fiscal stimulus looks like, it appears you got your answer. Everything is up right now.

Last week marked President Joe Biden’s 100th day in office. Since Inauguration Day, the S&P 500 has increased an impressive 8.6%. Those are the best returns for the start of a presidential term since Kennedy in 1961. All those stimmy checks have to go somewhere.

With the Federal Reserve signaling it will keep accommodative measures in place for some time longer, and Biden making the case for trillions more in government spending, is this what we can expect going forward?

And with everything up, where are the value buying opportunities?

Pain at the Car Lot and Grocery Store

Before I get into that, it’s important I point out that not every example of price appreciation is being driven strictly by stimulus checks and money-printing. Pandemic lockdowns are still having a massive effect on the global supply of everything from building materials to semiconductor chips, which is driving up production costs that are being passed on to consumers.

Take lumber. Because sawmills have had trouble ramping up production to meet demand, the price of framing lumber has skyrocketed 250% over the past 12 months to around $1,200 per thousand board feet. This has added close to $36,000 to the price of a new home, according to the National Association of Home Builders (NAHB).

Or take the ongoing chip shortage, which has been exacerbated in recent months by the winter freeze in Texas and a fire at Japan’s Renesas Semiconductor Manufacturing plant. According to Goldman Sachs, the shortage has impacted a whopping 169 industries, most notably carmakers. Last week General Motors President Mark Reuss told Fox Business that the crisis “is probably the worst crisis I’ve seen in the auto industry, at least in my career, in terms of supply chain.”

As a result, the price of used vehicles, as measured by the Manheim Used Vehicle Value Index, has increased 52% over the past year. Preowned pickups have jumped an unbelievable 75%.

And then there’s food and consumer staples such as diapers and toilet paper. Recently I shared with you that corn prices have almost doubled over the past year, and last week Bloomberg reported that corn has gotten so pricey that some farmers are feeding their livestock wheat intended for human consumption. A host of consumer goods giants, from Procter & Gamble to Kimberly-Clark, have all announced they’ll be raising their prices in the coming months as commodity prices continue to soar.

Iron ore and copper are both near record highs on tight supply and strong demand from China. Copper traded above $10,000 per tonne last week, its highest level in 10 years, as investors anticipate further supply constraints on global efforts to decarbonize and electrify everything.

To give you some idea of what I’m talking about, the NAHB last week recommended to homebuilders that they should start pre-wiring new houses for electric vehicle (EV) charging. That calls for more copper wiring in the home as well as the vehicle.

Several car manufacturers have already announced they’ll be phasing out internal combustion engine (ICE) vehicles in favor of EVs between 2025 and 2040. As I’ve mentioned before, EVs require three to four times as much copper wiring as a traditional vehicle. Morgan Stanley reports that ICE vehicles use around 50 pounds of copper on average, compared to 85 pounds for a hybrid and as much as 183 pounds for an EV.

Ivanhoe Mines remains our favorite way to play the copper rally. The company, which reported phenomenal production results in early April at its Kamoa-Kakula project, has yet to report first-quarter earnings. However, other copper companies have, and results so far have been amazing. Brazil’s Vale, for instance, reported incredible net income of $5.6 billion, well above Wall Street estimates.

The chart below says it all. Every commodity subindustry of the S&P GSCI is up double digits for the year, with the one exception of precious metals.

That’s where I see the opportunity right now. Not only is gold on sale, but so are the gold and precious metal miners, particularly the royalty and streaming companies. Whereas the NYSE Arca Gold Miners Index is down close to 5% for the year, the big three royalty and streaming companies have performed relatively well, with Franco-Nevada up 12%, Royal Gold up 6% and Wheaton Precious Metals essentially flat.

As for the producers, I would like to see them “HODL” gold as we wait for higher metal prices on unprecedented money-printing and fiscal stimulus. (HODL, in case you’re not aware, is crypto-trading lingo to describe a buy and hold strategy.)

Between the U.S., Europe and China and others, we’ve spent a collective $17 trillion (and counting) to combat the coronavirus and the economic havoc it’s wreaked. Gold has historically tracked the growth in money supply, and in March, the amount of money circulating the global economy expanded more than 17% in March compared to last year, according to Haver Analytics.

Crypto Prices Are Up, but What About the Miners?

Speaking of cryptos… Ether, the number two cryptocurrency by market cap, topped $3,000 for the first time ever this weekend, outperforming Bitcoin, which is still off its recent high of over $63,000. Ether’s price surge could be related to reports that DeFi, or decentralized financing, is now a $100 billion industry. In fact, according to calculations by CoinGecko, the market cap for DeFi coins, which includes Ether, now stands at more than $128 billion.

Ether, Bitcoin and other coins also continue to benefit from Metcalfe’s law, which says that a network’s value increases geometrically as the number of users within that network increases. Visa, Paypal and Venmo have recently announced they will allow their hundreds of millions of customers to use cryptos as a method of payment, while PayPal also permits trading of Bitcoin, Ethereum, Litecoin and Bitcoin Cash.

With cryptos up big right now, you may be wondering why the miners aren’t. HIVE Blockchain Technologies, the only miner that mines both Ether and Bitcoin using 100% green energy, is currently off about 44% from its 52-week high of C$7.25 in February. That’s after a nearly 30% gain on Friday alone, its best single-day jump since December. It goes without saying that the crypto-mining ecosystem remains highly volatile.

There may be a number of contributing factors to the discrepancy between cryptos and miners, but as I see it, one of the biggest involves Coinbase. As you know, the crypto exchange went public in mid-April in a direct listing. This had the effect of siphoning off billions in investor flows that may have instead gone toward shares in the crypto miners. On the first day of trading alone, Coinbase CEO Brian Armstrong sold nearly $292 million in shares. Other directors and executives sold even more, with one pocketing more than $1.8 billion.

It’s important to keep in mind that Coinbase hasn’t been listed for more than 30 days right now, so it still has that new car smell. I believe investors will rotate back into the miners such as HIVE once they see a jump in earnings.

Originally published by US Funds, 5/3/21

The S&P 500 Index, or the Standard & Poor’s 500 Index, is a market-capitalization-weighted index of the 500 largest U.S. publicly traded companies. The S&P CoreLogic Case-Shiller U.S. National Home Price Index (“the U.S. national index”) measures the value of single-family housing within the United States. The index is a composite of single-family home price indices for the nine U.S. Census divisions and is calculated monthly. The Manheim Used Vehicle Value Index is a measurement of used vehicle prices that is independent of underlying shifts in the characteristics of vehicles being sold. Statistical analysis is applied to its database of more than 5 million used vehicle transactions annually. The S&P GSCI serves as a benchmark for investment in the commodity markets and as a measure of commodity performance over time. It is a tradable index that is readily available to market participants of the Chicago Mercantile Exchange. The NYSE Arca Gold Miners Index is a modified market capitalization weighted index comprised of publicly traded companies involved primarily in the mining for gold and silver. Frank Holmes has been appointed non-executive chairman of the Board of Directors of HIVE Blockchain Technologies. Mr. Holmes owns shares of HIVE while U.S. Global Investors owns convertible securities. Effective 8/31/2018, Frank Holmes serves as the interim executive chairman of HIVE.

Holdings may change daily. Holdings are reported as of the most recent quarter-end. The following securities mentioned in the article were held by one or more accounts managed by U.S. Global Investors as of (03/31/2021): Ivanhoe Mines Ltd., Franco Nevada Corp., Wheaton Precious Metals Corp., Royal Gold Inc., Visa Inc.