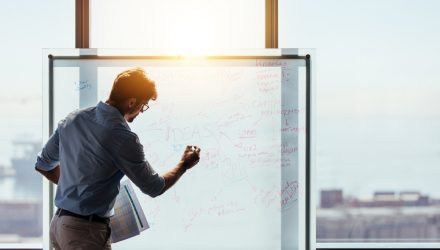 Financial market history is littered with examples of high-flying growth companies being founded and steered by true entrepreneurs. The Entrepreneur 30 Fund (NYSEArca: ENTR) is one exchange traded fund that focuses on those firms.

The Entrepreneur 30 Fund tries to reflect the performance of the Entrepreneur 30 Index, which is comprised of 30 U.S. companies with the highest market capitalizations and composite scores based on six criteria referred to as entrepreneurial standards. 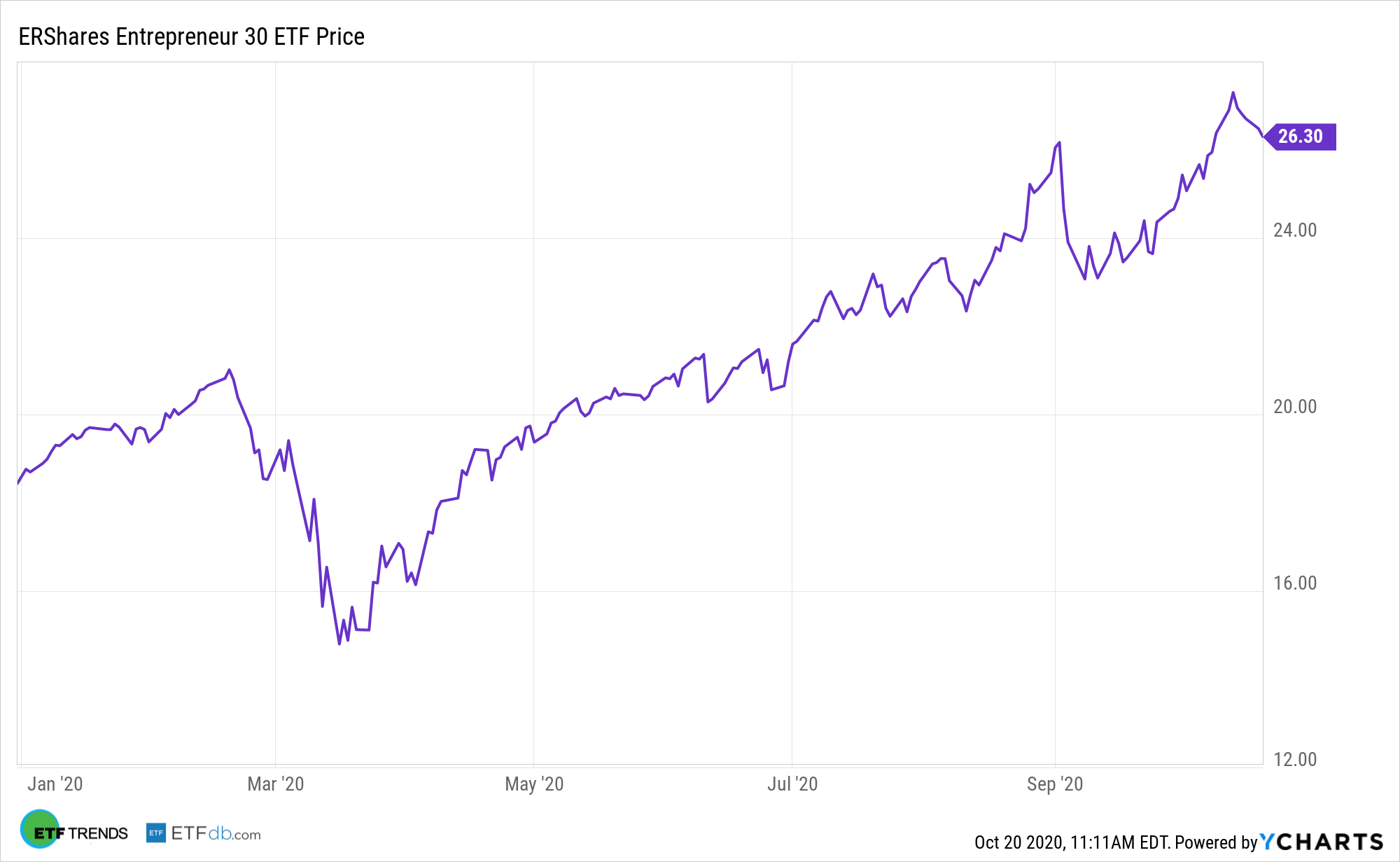 “We incorporate a proprietary investment model which applies a global, bottom-up filtering process. Our 15 ‘entrepreneur’ factors utilize both qualitative and quantitative criteria,” according to EntrepeneurShares. “We apply our criteria to identify publicly traded entrepreneurial companies. History has shown that our model is effective across different market caps and geographical locations. We focus on management and leadership.”

Up more than 89% from its March lows, ENTR is proving its unique methodology works. The fund is higher by almost 56% over the past year, beating the S&P 500 by a better than 3-to-1 margin over that span.

ENTR’s profitability and revenue screens are particularly relevant in the current market environment, one that’s dictating that quality matters.

Nearly three years old, the $153 million ENTR allocates over 57% of its weight to technology stocks and 22.58% to consumer cyclical names. The top 10 holdings combine for nearly half the fund’s roster.