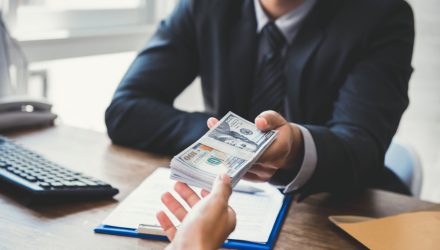 For example, AMLP yields 7.40%, or more than six times what investors earn on the S&P 500. That’s confirmation of the income strength of MLPs and that many midstream companies are getting back to growing payouts following some rough patches during previous oil bear markets.

Obviously, dividends are compelling, and that’s even more true today with anemic yields on bonds, but there’s more to shareholder rewards than dividends. Buybacks are part of that equation, too, and thanks to rising cash stockpiles, some AMLP components are upping their buyback games.

Crestwood Equity Partners LP (NYSE:CEQP) is among the AMLP components that announced buyback plans this year. That MLP accounts for 4.07% of the fund’s roster. Several other MLPs, including AMLP holding Western Midstream Partners LP (NYSE:WES), are working through repurchase plans announced in the fourth quarter of 2020.

As Alerian’s Morris points out, buybacks are important in the midstream space not only because these efforts amount to returning capital to shareholders, but also because buybacks signal that midstream operators are on firmer financial footing than they have been in recent years and that gone are the days of profligate capital spending on expensive projects.

“For midstream investors, buybacks represent a tangible proof point of positive changes in the space in recent years,” said the analyst. “Leading up to peak capital spending in 2018/19, companies frequently issued equity to fund growth projects. Now, midstream companies are reaping the cash flows from those projects, spending less on growth opportunities and generating excess cash flow that can be used for buybacks.”

As noted above, some of that excess cash flow is also being directed to steadying and growing distributions. In other words, AMLP could be shaping up to be exactly what many investors are looking for today: a reliable income destination that’s home to plenty of companies prioritizing sound balance sheets with reined-in spending.