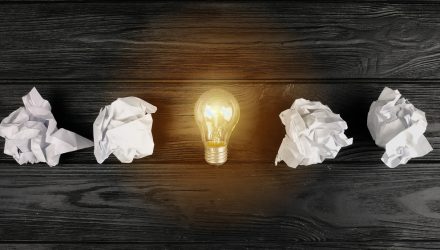 What We Can Learn From Midstream’s June Performance

The Alerian Midstream Energy Select Index (AMEI), the underlying index for the Alerian Energy Infrastructure ETF (ENFR), fell by 13.19% in June as increased recession fears weighed on energy sentiment, while profit-taking into quarter-end and a pullback in commodity prices also contributed to the selloff, ALPS wrote in a recent insight.

Energy equities, including midstream, recorded strong outperformance relative to the broader market in the first half of 2022 despite energy’s underperformance in June. Year to date through June 30, the AMEI has gained 9.97% on a total-return basis, while the S&P 500 (SPX) has fallen by 19.96% on a total-return basis — marking the worst first half for the broad equity index since 1970, ALPS wrote.

“With concerns over a potential recession clouding the outlook for energy and equities broadly, midstream companies should fare better than other energy subsectors in a recession thanks to defensive qualities afforded by fee-based business models,” ALPS wrote. “Midstream outperformed the broader energy sector and the S&P 500 during the 2001 recession and 2007-2008 financial crisis.”

According to ALPS, despite the sell-off in June, the fundamental outlook for midstream remains largely unchanged.

The key themes for the year remain intact, including free cash flow generation and returning cash to unitholders through buybacks and dividends. Commodity prices are at levels that will incentivize measured volume growth from U.S. oil and gas producers.

“As many countries look to replace Russian energy, the abundance of resources in the U.S. has taken on a new importance, particularly for U.S. LNG. With energy security front and center, global LNG buyers are signing long-term purchase agreements, which are key for projects to secure financing and reach a final investment decision,” ALPS wrote.

Midstream companies involved in liquefaction, such as Cheniere Energy (LNG, 5.63% weight as of June 30), have recently announced — or plan to announce this year — FID for LNG export projects that have been under development. FIDs in 2022 could support a more than doubling of US LNG export capacity in the coming years, which creates more demand for natural gas infrastructure, according to ALPS.

In addition to providing more defensive energy exposure, AMEI offers an attractive yield of 6.12% and is currently trading at a 10.21% discount to its 3-year average forward enterprise multiple (EV/EBITDA).