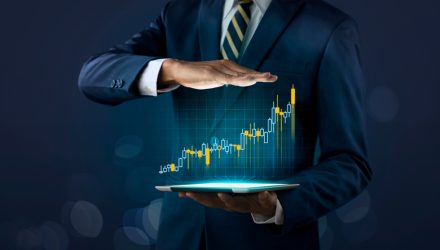 US Production Outlook: Modest Growth Could Be Just Right

Earnings season is underway for energy companies, and for midstream, the updates from upstream companies may be of particular interest this quarter as they make plans for 2022 against the backdrop of multi-year highs for commodity prices. Public producers have been committed to capital discipline and limiting growth, which could actually set up a goldilocks US production scenario for midstream in 2022. Today’s note discusses the outlook for US production and how continued producer discipline with modest growth could be supportive for midstream equities.

Producer discipline stems from hard lessons learned.
One of the contributing factors in today’s higher price environment for oil and natural gas is restrained US production resulting from producer capital discipline. Energy equities have arguably been in the penalty box for years, and one of the key grievances for investors was that energy companies spent too much money. Exploration and production companies (E&Ps) were particularly criticized for outspending cash flow and growing production without focusing on returns. This dynamic was on full display in 2018 when oil prices were last near today’s levels.

In October 2018, West Texas Intermediate oil prices reached $76 per barrel (bbl), but within a month, prices had fallen back to $63/bbl and ended the year at $45/bbl. Unlike today, US oil production in 2018 was going bananas. Production in 2H18 was up a massive 1.9 million barrels per day (MMBpd) or approximately 20% relative to the same period in 2017. Ultimately, US oil production proved to be too good and contributed to the subsequent downward spiral in oil prices. This is a stark contrast with today. The Energy Information Administration forecasts that oil production will grow by 0.7 MMBpd to 11.7 MMBpd in 2022, representing a 6% increase relative to expected 2021 volumes but still 0.6 MMBpd lower than 2019 oil production.

With the context of the past and severe investor pressure, E&Ps have largely embraced capital discipline, emphasizing returns and modest growth. Third quarter earnings season will provide an opportunity for E&Ps to reinforce their commitment to discipline into 2022. Scott Sheffield, CEO of Pioneer Natural Resources (PXD), recently said producers are going to be disciplined whether Brent – the international oil benchmark – is at $75 or $100 per barrel. Shareholders have told him that any companies that resume growth will be punished. On their earnings call last week, management of Kinder Morgan (KMI) noted that producers remain extremely disciplined, and as a result, are not responding as much to price signals as in the past.

Admittedly, discipline is easier when prices are lower, and the recent improvement in commodity prices is likely increasing the temptation for public E&Ps to grow in today’s commodity price environment. If commodity prices were to continue to rise, there may be an oil price level where E&Ps would have a license to grow, but prices are not there yet. Furthermore, with OPEC+ still holding back millions of barrels of daily oil production, it makes sense for US producers to tread lightly. The need to rebuild investor trust and establish a record of discipline and stronger returns – not to mention the potential ire from investors if plans deviate – likely keeps public producers at modest growth rates for 2022. Meanwhile, private companies will be more aggressive in increasing drilling activity as has already been the case, but the impact for overall US production tends to be more muted given their smaller footprint.

What does producer discipline mean for midstream?
Midstream is arguably a volume-driven business, but more production is not always a good thing for midstream equities. This is exemplified by 2018 price performance for the Alerian MLP Infrastructure Index (AMZI) and Alerian Midstream Energy Select Index (AMEI) shown in the table below. US oil and natural gas production grew tremendously in 2018, but midstream equities traded lower with oil prices. Looking at the last several years, midstream has typically traded more in line with oil prices than production trends. With this context, moderate growth from producers could result in a goldilocks production scenario for midstream. Modest volume growth would potentially drive incremental cash flows and allow midstream companies to enjoy some operating leverage in systems with excess capacity today, but ideally, the growth is not high enough to drive oil prices down.

While midstream cash flows would be higher with greater growth, the potential negative implications of lower commodity prices and worsened energy sentiment would likely weigh on equities and offset any volume benefit. To the extent producer discipline drives a more stable oil price environment and helps bring generalist interest back to energy broadly as companies reestablish a better track record with investors, that could only be beneficial for midstream. While the current “energy crunch” is helping bring attention back to energy investing, continued discipline, free cash flow generation, and generous shareholder returns can also help increase energy’s relevance for investors who have perhaps been sidelined for some time.

Bottom Line
Given the recent improvement in commodity prices, E&P commentary on production plans will be in focus this earnings season, creating a prime opportunity for producers to recommit to discipline. Modest volume growth by producers would contribute to a stronger macro backdrop and improved sentiment for energy broadly while allowing midstream to potentially enjoy some incremental cash flow generation.