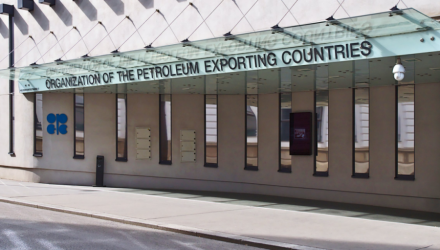 Oil headlines over the last week have been dominated by the OPEC+ meeting, which was the first in-person gathering of energy ministers from participating countries since March 2020. West Texas Intermediate oil prices in the US gained 16.5% over the week due to the OPEC+ announcement of a two million-barrel-per-day (MMBpd) cut relative to August production targets and a bullish weekly petroleum report in the US. Energy stocks followed oil higher, with the sector benchmark gaining 13.7% for the week. There is much more to the announcement than the headline cut. Today’s note discusses implications for energy investors, why the actual decline in production will be much smaller, and the political backlash from Washington.

What does the cut announcement mean for energy investors?

For energy investors, the key takeaway from the OPEC+ meeting is that the group is willing to take action to defend a floor in oil prices, presumably around $90 per barrel (bbl) for the global oil benchmark Brent, even at a high political cost for certain members (discussed more below). In its announcement, OPEC+ cited the need for long-term guidance and noted its tendency to be proactive. Leading up to the October 5 meeting, oil prices had declined for four straight months, with Brent dropping from $124/bbl in June to a low of $84/bbl in late September. Notably, energy stocks had been fairly resilient as oil prices fell for several reasons (read more). Even though energy stocks held relatively well, oil prices are typically the largest driver for energy stocks and overall sentiment in the space. Clearly, energy did well last week as Brent rallied from $88/bbl to $98/bbl. The announcement from OPEC+ seemingly puts a floor under oil prices, which should bode well for energy stocks and give investors more confidence around oil prices in a challenging macroeconomic environment as OPEC+ cuts potentially offset any weakness in demand.

The headline 2 million barrel per day cut implies a much smaller reduction in production.

While headlines have focused on a 2 MMBpd supply cut from OPEC+ starting in November, the actual decline in production will be much smaller. The cut is based on August 2022 production quotas – not actual production levels. Practically all the countries party to the agreement have been producing below their August targets, except UAE. In effect, a 2 MMBpd cut based on target levels means that roughly 1 MMBpd will come off the market if OPEC+ fully complies. Estimates for the actual reduction in production have ranged from 0.5 to 1.1 MMBpd. Because so many countries are producing below their targets, the cuts will largely need to be shouldered by Saudi Arabia and UAE. Given that UAE has recently overproduced, it will be interesting to see if their production fails to meet the new quota.

What’s next for oil?

The announced production cut will take effect in November, and the next OPEC+ meeting is scheduled for December 4, 2022. In the interim, oil market watchers will be focused on demand. Oil demand tends to weaken in recessions, but other factors may help offset the impact of a sluggish global economy. For example, a shift to using oil instead of natural gas for power generation is expected to add 0.7 MMBpd of oil demand in 4Q22 and 1Q23 per the International Energy Agency (IEA). The IEA is also expecting China’s oil demand to fall this year for the first time since 1990. A rebound in Chinese oil consumption as lockdowns eventually ease could support prices. In the near term, oil volatility will likely continue as headlines dictate price moves and uncertainty around the global economy persists.

Will the US retaliate?

Politicians and government officials in the US viewed the OPEC+ decision with disdain, given the negative consequences of higher prices – both from a geopolitical standpoint and for election season in the US. Namely, higher prices mean more money flowing into Russia to fund the ongoing war in Ukraine. Politically, inflation and high prices at the pump have been sticking points for the current administration, and a jump in gasoline prices weeks before an election is less than ideal. The announcement arguably represents another setback for the relationship between Washington and Riyadh.

In the wake of the OPEC+ decision, Washington has been buzzing with potential countermeasures. These include additional releases from the Strategic Petroleum Reserve, a bill to pull US troops from Saudi Arabia and UAE, and a report discussing the potential sanctions relief for Venezuela. The bipartisan No Oil Producing and Exporting Cartels Act (NOPEC), which would allow the US government to sue OPEC members for interfering in oil markets, has also been tossed around. The frustration in Washington is certainly real, but it can be difficult to discern what is tough talk ahead of an election and what action will be taken.

The actual production cut from OPEC+ will be smaller than headlines suggest, but the decision still carries significant implications for oil markets and energy stocks, not to mention the significant geopolitical consequences.

Energy Stocks and Oil Happily Decouple, MLPs Stand Out
Energy & Recessions: Why This Time Could be Different