You are at:Home»Energy Infrastructure Channel»Midstream Companies Experiencing an Increase in Free Cash Flow 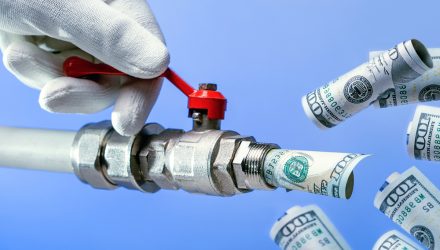 As the energy sector continues to evolve, a number of companies are shifting their focus from aggressive growth to efficiency and capital discipline, and it’s resulting in an increase in generation of free cash flow (FCF) for midstream companies, Alerian writes in a white paper by Stacey Morris, CFA.

The enormous growth that the U.S. previously experienced in energy production that had been driven by large investments from energy companies has pivoted instead to spending plans that are more reserved in response to investor demands for capital discipline. With less investment upstream and more moderate production growth, midstream is also spending less. This change has allowed for FCF generation even after dividends for midstream companies in particular.

“For midstream, the combination of steady cash flows backed by long-term contracts and a significant decline in growth capital spending is leading to robust FCF generation. Unlike other energy subsectors where the amount of FCF generated depends on commodity prices, there is better visibility to midstream FCF due to its fee-based business model, which drives steadier cash flows,” writes Morris.

Based on a more moderate U.S. production outlook, projects are no longer primarily about building huge pipelines but instead are smaller, individual projects, expansions, or joint ventures that require a lot less capital. This is creating a positive momentum in FCF yield for midstream companies compared to utilities and the broader market.

The Alerian MLP Infrastructure Index (AMZI) is an MLP-focused index, and the Alerian Midstream Energy Select Index (AMEI) contains 25% MLPs; the remaining 75% are U.S. and Canadian C-Corporations. All of the top five companies within both indexes are anticipated to generate positive free cash flow this year, with seven of the nine (not 10, since Enterprise Products Partners is a top company in both indexes) forecasted to generate free cash flow above and beyond dividend payments. This extra cash flow can be used by companies to pay down debt or be returned to shareholders.

“The expectation for significant free cash flow generation is one of the key pillars to the midstream investment case today. Midstream’s evolution from negative FCF yields to now generating FCF in excess of dividends marks a positive transformation for the space, and midstream FCF yields compare favorably with broader equities and utilities,” Morris writes.