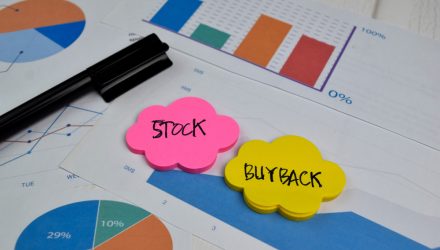 Buybacks are an important tool for midstream companies, complementing dividends, and reinforcing midstream’s commitment to returning capital to shareholders.

MPLX LP (MPLX) on Monday announced the partnership repurchased $180 million of common units held by the public in the third quarter, completing $315 million of unit repurchases through the first nine months of the year, MPLX said in a statement.

As of September 30, MPLX had approximately $1 billion remaining available under its unit repurchase authorizations, according to the firm.

Kinder Morgan (KMI) is also active with buybacks, repurchasing approximately 21.7 million shares at an average price of $16.94 per share year to date through October 18. The company repurchased $331 million of stock through the third quarter end, the firm said during the company’s third-quarter earnings call.

During the third quarter of 2022, Magellan Midstream Partners LP (MMP) repurchased 2.75 million of its common units for nearly $138 million, resulting in total repurchases of 24.1 million units for $1.18 billion under its $1.5 billion repurchase program authorized through 2024, according to a statement from Magellan.

EnLink Midstream LLC (ENLC) repurchased $72 million of common units in the third quarter of 2022, bringing the total in the first nine months of the year to $147 million, according to a statement from the company.

MPLX, EnLink, and Magellan are constituents in the Alerian MLP Infrastructure Index (AMZI), a capped, float-adjusted, capitalization-weighted composite of energy infrastructure MLPs that earn the majority of their cash flow from midstream activities. The AMZI index is tracked by the Alerian MLP ETF (AMLP).