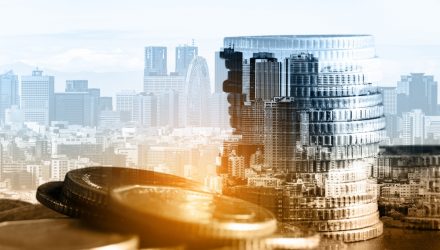 KMI To Kick Off Midstream Earnings on Wednesday

Despite a challenging macroeconomic backdrop, midstream companies are positioned well going into earnings. Kinder Morgan Inc (KMI) will be the first midstream company to report, releasing its third-quarter earnings on Wednesday after the closing bell.

KMI reported adjusted earnings per share of 27 cents during the second quarter, which was in line with analysts’ expectations. The Zacks Consensus Estimate for third-quarter earnings per share of 29 cents has had no revisions over the past seven days. The estimated figure suggests a 31.8% improvement from the prior-year reported number, according to Zacks.

The consensus estimate for third-quarter revenues of $4.5 billion amounts to an 18.3% increase from the year-ago quarter. In the trailing four quarters, KMI’s earnings beat the Zacks Consensus Estimate twice, met once, and missed once.

72.91% of AMEI by weighting has a buyback authorization in place as of 9/30, according to ALPS. KMI was active with buybacks earlier this year, repurchasing approximately 16 million shares of its common stock at an average price of $17.09 per share year to date through July 20, the company said during its second-quarter earnings call.

vettafi.com is owned by VettaFi, which also owns the index provider for ENFR and ALEFX. VettaFi is not the sponsor of ENFR and ALEFX, but VettaFi’s affiliate receives an index licensing fee from the ETF sponsor.