You are at:Home»Energy Infrastructure Channel»Everything Advisors Need to Know About NGL Growth Opportunities for Midstream 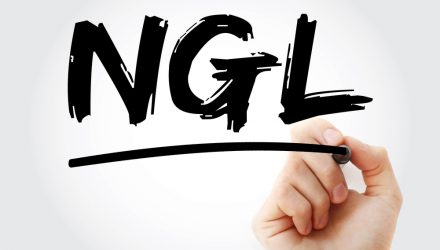 Everything Advisors Need to Know About NGL Growth Opportunities for Midstream

Growing NGL production and strong demand both domestically and abroad provide opportunities for midstream companies to grow their fee-based businesses, particularly around fractionation and export capacity.

NGLs are hydrocarbons that are extracted alongside oil and natural gas at the wellhead. The raw natural gas stream is then transported through gathering pipelines to processing facilities, which separate natural gas and NGLs, according to Mauricio Samaniego, senior research analyst at Alerian.

Mixed NGLs (referred to as Y-grade) are then transported to fractionation facilities, many of which are located in Mont Belvieu, Texas, where NGLs are separated into purity products — ethane, propane, butane, isobutane, and natural gasoline. Mixed NGLs typically contain ~45% ethane and ~25% propane, according to Samaniego.

“NGLs have multiple end-uses, which impact our economy and everyday lives. Ethane is mainly used as a petrochemical feedstock to produce ethylene, which is used to make plastics, while propane is mainly used as a fuel for heating/cooking and as a petrochemical feedstock. Butane and isobutane are typically blended into transportation fuels,” Samaniego wrote.

The recovery of the global economy has seen NGL prices rise alongside crude prices since the beginning of the pandemic, and recent gains have coincided with stronger oil prices since Russia’s invasion of Ukraine.

“In conjunction with the growth in U.S. oil and natural gas production, NGL production has risen steeply over the last decade, making the U.S. the largest NGL producer and exporter in the world,” Samaniego wrote. “Global demand for NGLs has increased as a growing population has required more plastics and as developing countries have shifted towards using propane and butane for cooking as a replacement to dirtier biomass.”

According to Samaniego, petrochemical demand was resilient through the pandemic and is expected to continue outpacing the demand growth for oil.

The EIA forecasts that U.S. NGL production will grow by 0.5 MMBpd in 2022 and another 0.3 MMBpd in 2023, averaging 6.3 MMBpd in total next year, requiring additional fractionation capacity.