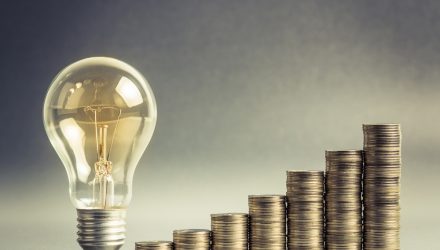 The energy sector is the best-performing group in the S&P 500 this year, and with oil and natural gas prices still high, it’s reasonable to expect that companies from across the energy patch will deliver impressive earnings reports. While shares of energy infrastructure companies aren’t always intimately correlated to oil prices, crude bull markets do help sentiment for exchange traded funds such as the Alerian Energy Infrastructure ETF (ENFR).

Investors may want to approach ENFR with a long-term view in mind. On a recent webcast, Richard Bernstein, chief executive and chief investment officer at Richard Bernstein Advisors, said energy could be one of the more appealing destinations over the next five to 10 years.

Using 2022 as the starting line for that forecast, ENFR is off to an impressive start. The ETF is higher by 16.64% year-to-date while the S&P 500 is lower by nearly 22%, making for a staggering chasm.

Further highlighting the potential potency of ENFR going forward is the point that third quarter earnings for the S&P 500 would be rather bleak without the contributions of the energy sector.

“The energy sector, with its earnings gains of $33 billion from the year-ago period, has been the largest contributor to earnings growth in the S&P 500 for the second straight quarter. It is also expected to be the largest contributor to earnings growth for the index for the full year, which is estimated to be up 6.1%. Excluding energy, the S&P 500 is expected to show a 0.06% decline in earnings,” noted Morningstar analyst Sandy Ward.

ENFR is accomplishing impressive feats with a dividend yield of 6.64% — one that’s supported by increasingly firm balance sheets in the midstream space and that is roughly five times what investors earn on the S&P 500.