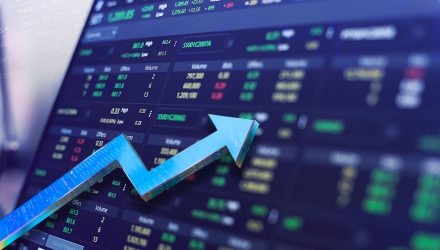 Midstream/MLPs continue to build on their recent track record of steady and growing dividend payments, with 3Q22 marking the fifth straight quarter with no dividend cuts across the Alerian energy infrastructure index family. This quarter also saw several notable examples of growth in payouts, including some double-digit percentage increases. This note recaps 3Q22 dividends for Alerian midstream and MLP benchmark indexes and compares midstream/MLP yields to other income investments.

The positive momentum in midstream dividend payments continued with 3Q22 as several names increased their payouts sequentially. Dividend growers this quarter were generally biased toward MLPs, but a C-Corp announced the largest percentage dividend hike. Cheniere Energy (LNG) led the way with a 19.7% increase to its quarterly dividend, as was outlined in its capital allocation plan unveiled in September. Energy Transfer (ET) announced its fourth straight 15% increase to its quarterly distribution to $0.265 per unit as it closes in on its stated target of $0.305 per unit. MPLX announced a 10% increase to its quarterly distribution to $0.775 per unit. Other examples of growth include Magellan Midstream Partners’ (MMP) 1.0% increase, Hess Midstream’s (HESM) 1.2% increase, Green Plains Partners’ 1.1% increase, and Delek Logistics’ (DKL) 0.5% increase.

The pie charts below show the quarter-over-quarter changes to dividends for the Alerian Midstream Energy Index (AMNA), Alerian MLP Index (AMZ), and Alerian MLP Infrastructure Index (AMZI) by comparing 3Q22 with 2Q22. To be clear, 3Q22 dividends refer to the dividends paid in 4Q22 as a result of operational performance in 3Q22.

Looking at 3Q22 dividends relative to 3Q21 shows a strong bias towards growth. For the broad benchmark AMNA, almost 89% of the index by weighting grew its payout on a year-over-year basis, and the weight of growers is slightly higher in the MLP indexes AMZ and AMZI at 90.2% and 92.0%, respectively. The companies growing their payouts have been larger names in the space that tend to have a greater weighting in the indexes, but still, there have been more constituents growing than maintaining dividends, while no company has cut for five straight quarters.

In addition to a strong macro backdrop for energy and the tailwinds from solid free cash flow generation (including buybacks), positive dividend trends have likely helped energy infrastructure companies outperform in a challenging equity market. MLPs have done particularly well, with the AMZ and AMZI both up 36.0% on a total-return basis through the end of October, while AMNA is up 24.5% for the same period. With strong performance, yields for midstream indexes have moderated, but they remain above other income investments like bonds, REITs, and utilities, which have all seen negative performance year-to-date. With expectations for interest rates to keep rising, energy infrastructure could provide continued outperformance relative to these other asset classes while also offering a higher yield backed by strong underlying dividend trends discussed above. The positive factors supporting midstream and MLPs have also driven strong flows for MLP-focused ETFs and broader energy infrastructure ETFs, with each category seeing year-to-date net inflows through October of over $500 million.