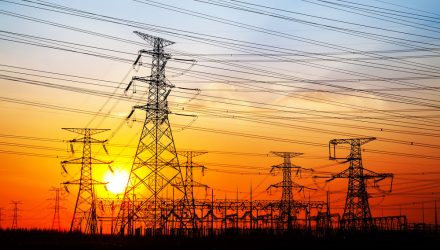 Oil futures are rebounding and some analysts believe the way to play the commodity’s recent resurgence is with the energy sector, including stocks and ETFs.

The Energy Select Sector SPDR (NYSEArca: XLE), the largest equity-based ETF, gained more than 9% in September, but the energy sector remains the worst-performing group in the S&P 500 this year.

“The headwinds for the equities have now largely played out: energy has been the worst performing sector in MSCI World, with relative performance of energy equities in the US & Europe lagging their normal relationship with the oil price,” according to a Goldman Sachs note cited by TheStreet.com.

Investors should be aware that XLE and its aforementioned rivals allocated hefty portions of their lineups to the largest oil companies, including Dow components Exxon Mobil (NYSE: XOM) and Chevron (NYSE: CVX) along with Schlumberger (NYSE: SLB), the largest oilfield services provider. In some cases Exxon Mobil and Chevron, the two largest U.S. oil companies, combine for up to a third of these ETFs’ weights.