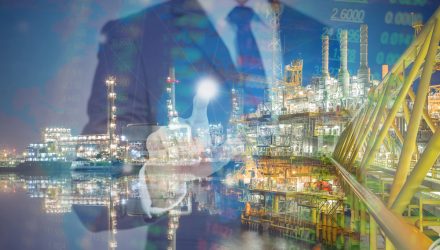 Energy ETFs May Be Undervalued

Investors may be too pessimistic about the outlook for oil markets and energy sector-related exchange traded funds.

While money managers may be hedging against a global slowdown with a lower demand outlook for raw materials like oil, others are much more optimistic. For example, Saudi Prince Abdulaziz bin Salman recently argued that the oil futures market has become disconnected from the fundamentals and hinted that the Organization of Petroleum Exporting Countries, along with its allies, or what is better known as OPEC+, are considering production cuts to better support pricing, the Wall Street Journal reported.

According to FactSet, the median forecast of Wall Street analysts projected Brent crude oil to hover around $115 per barrel by the end of September.

Goldman Sachs analysts have also maintained an optimistic crude oil price outlook as decent demand is still up against tight global supplies, which should support prices. The bank projected Brent prices to fall between $125 to $130 in the fourth quarter.

“Almost any measure of investor participation in this space is dwindling, this is what gives us the confidence to say this is investor-led,” Jeff Currie, Goldman Sachs’ head of commodities research, told the Wall Street Journal, referring to the recent pullback.

Global demand remains elevated, and the U.S. is set to ship record crude oil out to international markets. Weekly government data updates revealed an unprecedented 5 million barrels per day of U.S. crude oil was shipped overseas, Bloomberg reported. Shipments are even projected to average over 4 million barrels per day for the months ahead and into the new year as the rest of the world faces an energy crisis, notably in Europe.

“The long-term trend in a world that needs more oil is that the US is going to be exporting more,” Conor McFadden, head of oil for Europe at Trafigura, told Bloomberg.