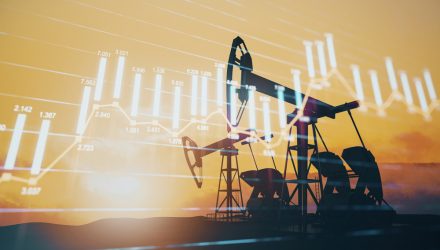 Energy-related exchange traded funds rallied Tuesday after Saudi Arabia and some other Organization of Petroleum Exporting Countries hinted that they could curtail crude oil production to help stabilize prices at an elevated level.

Saudi Arabia’s energy minister, along with some other OPEC officials, recommended lowering oil production to stabilize a market that has been oscillating in face of growing economic uncertainty, the potential risk of a global recession, and western sanctions on Moscow due to the Russia-Ukraine war, the Wall Street Journal reports.

“OPEC+ has the commitment, the flexibility, and the means… to deal with such challenges and provide guidance including cutting production at any time and in different forms,” Saudi Energy Minister Prince Abdulaziz bin Salman said.

The announcement came just after OPEC and its allies, or OPEC+, agreed to a smaller production rise in August.

The Saudi Oil Minister told Bloomberg that prices have become disconnected from fundamentals, so the cartel could be adjusting its output outlook in response to this growing disparity

“Oil continues to march higher today as the market digests comments regarding potential cuts from OPEC+,” Stacey Morris, head of energy research at VettaFi, told Bloomberg. “Market observers will also be closely watching US inventory reports to see if the recent strength in gasoline demand has held up.”