You are at:Home»Investing»An Energy ETF Strategy That Could Burn Bright 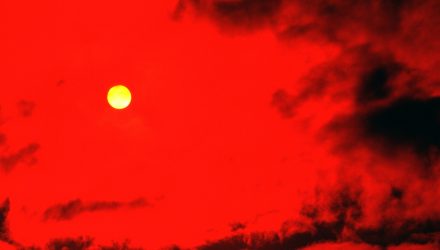 An Energy ETF Strategy That Could Burn Bright

As oil prices push higher, investors interested in gaining exposure to the stronger energy sector may look to a targeted ETF strategy that taps into a time-tested methodology.

West Texas Intermediate crude oil futures were trading around $72.10 per barrel and Brent crude was at $79.50 per barrel after briefly crossing over the $80 mark.

Crude oil prices have recently strengthened on the prospects of diminished supply out of Iran as the U.S. tightens economic sanctions against the Middle East producer. Secretary of State Mike Pompeo on Monday made sweeping demands that Iran must meet before the U.S. enters a new nuclear pact with the country, the Wall Street Journal reports. Washington threatened “the strongest sanctions in history” if the Islamic Republic didn’t meet requirements.

Why is Oil Up Today?

Oil today is up “specifically because of Pompeo’s speech,” Thomas Pugh, commodities economist at Capital Economics, told the WSJ. “It certainly looks like the U.S. is going to go as hard as possible on sanctions and try their best to make it hurt.”

Investors who are interested in capturing the strengthening outlook for the energy sector as oil prices stabilize and continue to push higher can look to a recently launched NYSE Pickens Oil Response ETF (NYSEArca: BOON), which is indirectly controlled by oil tycoon T. Boone Pickens. This is the first time in NYSE’s 225+ year history that they’ve co-branded an index with an individual, in this case Pickens. Boone and the Oil Response ETF team also rang the NYSE closing bell in honor of his 90th birthday and for BOON on May 22.

“NYPORI fills a gap in the marketplace. It was designed to provide a contemporary approach to investing in a changing global energy landscape by including demand-side oriented companies (industrials, materials and more) not just supply-side (E&P, oilfield services). NYPORI was built on the same principles upon which the Pickens Plan was formed—cognizant of the demand side of energy,” according to TriLine Index Solutions.

Some investors may be vaguely familiar with this strategy as it was inspired by BP Capital Fund Advisors’ TwinLine Energy Fund.