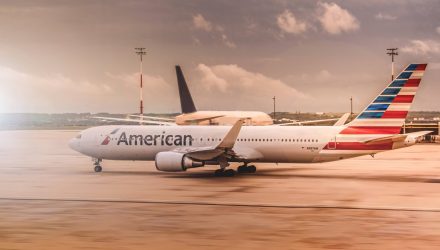 “The charts are bullish on the iShares Transports ETF (ticker IYT),” Ari Wald, head of technical analysis at Oppenheimer, said in an interview with CNBC. “The trend is positive.”

Earnings On Tap for Airlines

Airlines are also a significant part of IYT’s lineup. There are encouraging fundamental factors for airlines, including low oil prices. Fuel is the largest input cost for airlines. The improving U.S. economy could encourage more business and leisure travel and airlines are generating impressive amounts of cash.

“Airlines have underperformed the broader market in the past month, as investors worry about rising geopolitical tensions and higher fuel prices. United Continental’s (UAL) earnings report, due out Tuesday, could be an opportunity to move sentiment back into positive territory, but either way airlines look like a buy today, argues Bernstein’s David Vernon,” reports Teresa Rivas for Barron’s.