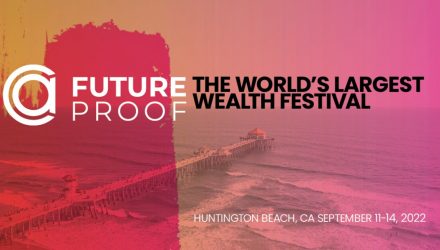 The investment story in emerging markets has always been one of growth, positive demographics, and the resources available to push emerging economies to new heights. But does this story hold up on closer scrutiny?

Tolle and Hsu have radically different approaches in how they think about investing outside of the United States. Tolle’s Freedom 100 Emerging Markets ETF (FRDM) gives higher weight to a freer, less authoritarian countries. Hsu’s firm focuses exclusively on growth, regardless of how autocratic the country might be.

“We like emerging markets because they are very inefficient,” Hsu said, which creates interesting beta possibilities.

Tolle said, “The biggest issue with autocracies, besides the moral issues, in these autocracies a lot of companies can’t act in their own or in shareholder’s best interest – they have to put the autocracy first.” If a tech founder says something an authoritarian regime doesn’t like, they can crack down on that founder’s IPO or even “disappear” the founder. “Markets don’t like authoritarianism. Authoritarianism doesn’t provide certainty, it’s the opposite of certainty.”

Hsu said, “you don’t want to be in a regulatory environment that has capricious regulators.” He sees those types of actors as not unique to authoritarianism, noting that India – a highly democratic country – has anti-business regulators. Tolle responded that the best type of growth happens spontaneously and that autocrats can diminish that kind of growth.

“Having a freedom weighted approach, in our opinion, looks to the tremendous growth of tomorrow and not the growth stories of the past,” said Tolle, noting that though China has a growth story, that growth is the result of policies implemented during a more free time for that nation. Meanwhile, Taiwan is seeing growth now as it becomes a beacon of freedom, which would have been impossible under the previous authoritarian regime.

“Don’t you worry at all about China changing its position on foreign ownership?” Nadig asked Hsu, who said you need to be tracking these things in the present moment.

“Freedom is a leading indicator, not a lagging indicator,” Tolle said, pointing to Russia’s policies on freedom being very obvious prior to the collapse there. “In a time of extraordinary growth in China, investors are earning less than treasuries.”

“Across emerging markets, you have a lot of state-owned enterprises,” Hsu said, “For us, it’s looking at the companies and saying which ones are actually generating growth?” Nadig likened this to pure active management style stock picking. Hsu concurred, continuing, “for me, it’s just excluding countries or industries that have low growth.”