You are at:Home»Featured»Emerging Market ETFs Could Be Your Contrarian Play for 2022 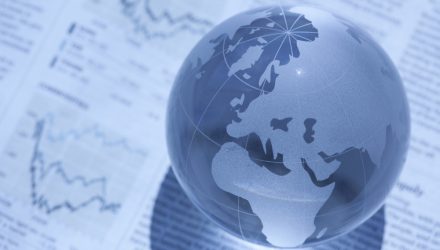 Emerging Market ETFs Could Be Your Contrarian Play for 2022

Emerging market exchange traded funds have been battered this year as the prospects of higher interest rates in the U.S., slowing growth in China, and a strong dollar weighed on developing economies. However, emerging equities now look relatively cheap for bargain hunters seeking a deal.

Market watchers have been loath to pick up developing markets as low COVID-19 vaccination rates and the unpredictability of policies and politics, such as those found in Turkey and Latin America, have hurt confidence in the category, Reuters reports.

The negative news has contributed to a 7% pullback in emerging market equities over the course of 2021. In comparison, the S&P 500 enjoyed a 22% surge, and the MSCI World saw a 13% gain.

Consequently, emerging stocks are now trading at their greatest discount to developed equities in 17 years.

Spreads on high-yield emerging bonds are trading at their widest gap over developed markets for 15 years, according to Vontobel Asset Management’s head of emerging markets fixed income, Luc D’hooge.

“These are numbers that reflect a crisis situation and I don’t think we are in a crisis,” D’hooge told Reuters, arguing that emerging debt profiles and terms of trade are much improved.

Investors should begin to carefully consider emerging markets as a key component of a diversified international investment portfolio.

“Asset allocators globally still treat EM as a tactical trade rather than a strategic one,” Mary-Therese Barton, Pictet Asset Management’s head of emerging debt, told Reuters. “What we hope is the richness of the EM universe will be appreciated. For the moment, when we can’t see the wood for the trees, that’s hard.”

The emerging world accounts for 36% of the global economy but only makes up 11-12% of global stock market capitalization, according to Ruchir Sharma, Morgan Stanley Investment Management’s chief global strategist.

“The popular response is – another taper so off with the head of emerging markets, but these dynamics change where the risk is, where there is overcrowding,” Sharma told Reuters. “And the overcrowding today to me is in some of these mega-cap tech stocks in the United States rather than in emerging markets.”