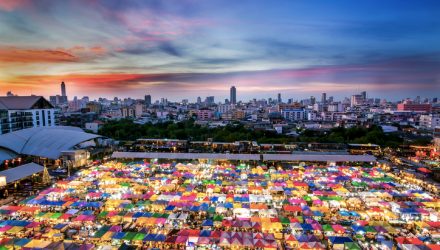 On-Demand Webcast: Emerging Market ETFs Are Too Big to Ignore

The emerging markets is a huge opportunity that many have overlooked as a rising middle class is set to contribute to a large portion of global growth. Exchange traded fund investors can also capture this potential growth through a targeted emerging consumer sector strategy.

On the recent webcast (available on-demand for CE Credit), Emerging Markets: Capture 3 Billion Consumers, Edward Kerschner, Chief Portfolio Strategist for Columbia Threadneedle Investments, argued that the emerging markets are too big to ignore, noting that emerging market shares of global gross domestic product almost doubled over the past 25 years and EM GDP growth is expected to be more than 2.5 times developed markets outside the U.S.

The developing economies also have a growing population and labor productivity. The population growth of emerging markets has been more than twice that of developed markets outside the U.S and many have a younger demographic.

Now that U.S. markets have enjoyed a multi-year rally and valuations are looking pricier, investors who are looking for areas of cheap opportunities may look to emerging markets where valuations appear attractive relative to other markets and relative to their own historical average. Furthermore, many also expect emerging market earnings to expand, which may further support greater growth and higher valuations. 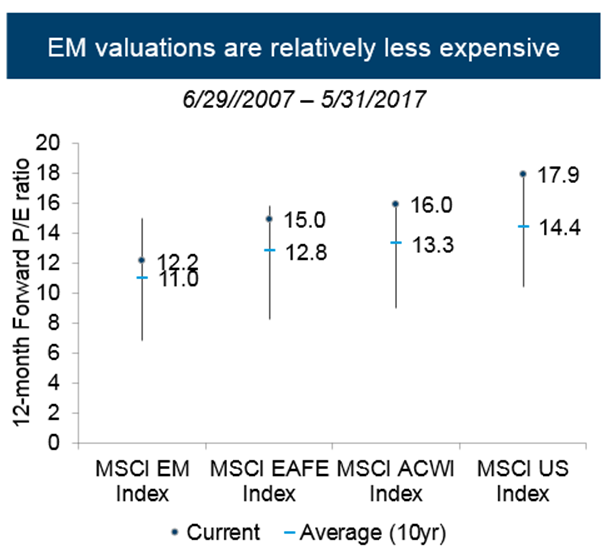