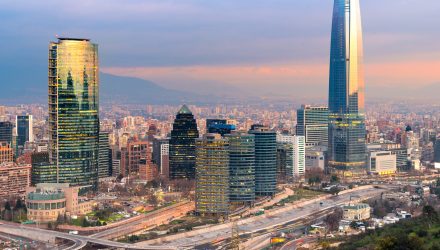 Chilean equities and country-specific ETF experienced one of their worst sell-offs in six years after surprise election results threw cold water on hopes that billionaire Sebastian Pinera would easily take away next month’s presidential run.

Investors originally took Pinera’s victory as a given and helped push the benchmark IPSA equity index to a record in recent weeks ahead of the first-round vote, betting that the candidate would push through tax cuts and revive investment, growth and corporate profit, Bloomberg reports.

However, investors were given a reality check after results showed Pinera attracted fewer votes than expected while the new left-wing alliance gained in the polls.

“The mood right now is bad, very bad,” Juan Pablo Ebel, a partner at Santiago-based multifamily office Laroche Capital, told Bloomberg. “We have to wait a bit for things to settle down from the bloodbath and then see what we do.”

Pinera, an opposition leader who served as president from 2010 to 2014, attracted 36.6% of the vote with 99.9% of ballots counted. Meanwhile, Alejandro Guillier of the ruling, center-left coalition, showed 22.7%, and Beatriz Sanchez, head of the Frente Amplio alliance, had 20.3%. The top two candidates will go head to head in December 17.