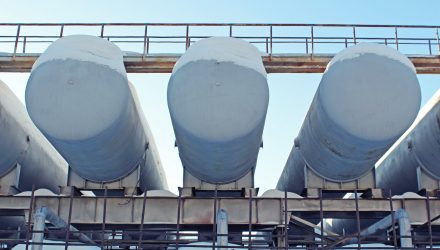 XLE is about 6% year-to-date, highlighting strength in the energy sector. The sector is expected to post impressive second-quarter results.

“From an earnings standpoint, energy probably will grow earnings about 130 percent, and I didn’t misstate that: 130 percent,” said PNC’s former global chief investment strategist Bill Stone in an interview with CNBC. “You have to remember that oil went from a year ago less than 50 dollars a barrel to about 80 dollars a barrel.”

Recently, OPEC members and participating non-members announced a deal to raise its output by about 600,000 to 800,000 barrels per day. Saudi Arabia, the largest OPEC producer, actually wanted to increase by about 1 million barrels per day to take advantage of higher prices.