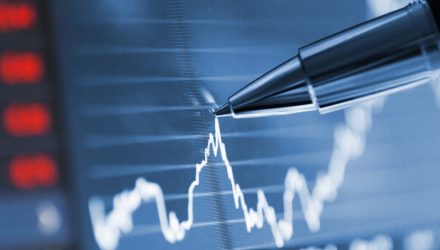 The Dow Jones Industrial Average rallied over 250 points Monday as technology giants like Facebook, Amazon, Neftlix, and Google parent company Alphabet recouped losses in the early session of what’s been a volatile month for U.S. equities. Through last Friday’s trading session, the Dow is down 6.7% thus far in October, while the S&P 500 and Nasdaq Composite are  both down 8.8% and 10.9, respectively.

Amid third-quarter earnings reports, the Dow experienced four out of five losing sessions last week as technology stocks continued to sell off, signaling a sign that the decade-long bull run could finally be coming to a close. The S&P 500 followed the Nasdaq into a market correction phase, dropping 3.9% to almost match the Nasdaq’s 3.8% drop.

This week could be more of the same after the Dow shed 3% last week.

“It’s likely we see some lows get retested once again, once again we can’t assume a v-bounce as many were calling for back in early October,” said Andrew Thrasher, portfolio manager for The Financial Enhancement Group and founder of Thrasher Analytics.

“Typically, v-bottoms show themselves when the market declines on news, as in a single event that rocks the market but that wasn’t the case this time,” said Thrasher. “Instead we saw a slow bleed in market participation that finally broke the dam of selling and sent stocks across the board lower.”

In addition to the familiar tech giant names, companies like Merck & Co Inc, JP Morgan Chase and Goldman Sachs helped to propel the Dow into the green. The markets also got propped up with news that technology firm IBM agreed to purchase software company Red Hat as part of a $34 billion deal, sending its shares up almost 50% while IBM shares fell over 5%.