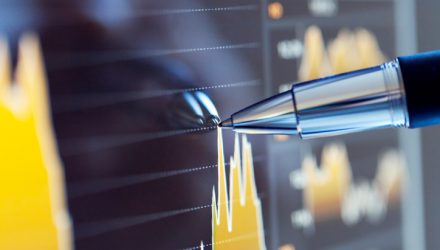 Does It Make Sense to Invest at Market Highs?

Most investors have heard the contradicting clichés “never try to time the markets” and “buy low and sell high.” Both weigh heavily on the consciousness of investors and advisors, particularly during these times when equity markets have risen substantially. Should a long-term investor scale back or even eliminate equity exposure for periods following new market highs? Or should they, on the contrary, continue apace with regular contributions to an equity-rich retirement account?

As researchers and investment managers, we did a quick calculation to see if it makes sense for a holder of a long-term equity portfolio to act on either of those persuasive maxims.

To begin, we looked at the Dow Jones Index from 1/31/1900 to 7/31/2017[i], and considered all of the many market highs and lows. There were over 1400 months in the sampled timeframe. We looked at the last day of each month to determine if markets were at their all-time highs (the highest the market had been up until that point), 12-month highs, both, or neither. We chose a monthly rather than daily analysis to avoid excessive data noise, and required at least 12 months of previous data to be available before deeming a given point to be a market high. Out of the 1400+ monthly data points examined, 210 of them were counted as all-time highs, and 396 were 12-month highs. Now comes the fun part.

We wanted to see what would happen if we had invested immediately after each market high and held on to those positions for one, five, or ten years. So what did we find?

We found that when investing in the Dow Jones Index at all-time highs and holding on for one, five, or ten years, on average the investor would have experienced an annualized rate of return (not including dividends) ranging from 6.81% to 8.43%. Using 12-month highs instead, the numbers range from 6.9% to 8.41%. The highest return on the chart (8.43%) corresponds to the average result of buying at an all-time high and remaining invested for another 10 years, with the resulting price returns annualized. We can compare that range of returns to the average annualized price return on Dow Jones equities over the entire period since 1900: 6.66%. So history suggests that buying at the high points and holding would have provided more than the average market return. And the standard deviations suggest that the risk (or magnitude of typical deviations from the average) associated with price return did not significantly exceed the market’s long-term average risk when buying at the high points and holding. (Dividends are relatively stable and don’t contribute much additional standard deviation to total return.) On the face of it, this analysis suggests that selling or even slowing contributions upon hitting market highs would not have served a long-term investor well on average during the past 116+ years.

Related: ETF Investors: Why Tech Will Continue to Shine