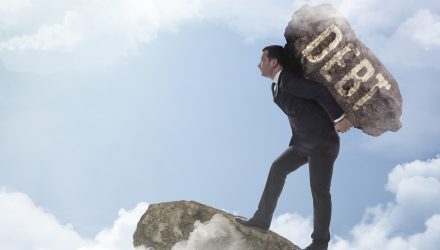 Does a Change in the Tax Code Impact Debt Loads at U.S. Companies?

Discussions about debt quickly turn emotional, with some arguing that it is not just imprudent, but immoral, to borrow and others pushing debt as a easy way to reduce your cost of capital. The truth falls in the middle, and in this session, I look at the trade off on debt and whether the US corporate tax law changes have impacted debt loads at US companies. I also examine the breakdown of debt globally into different types, and provide a preview of how treating leases as debt (which IFRS and GAAP are planning to do in 2019) is both long overdue and will affect profitability, leverage and accounting return numbers. 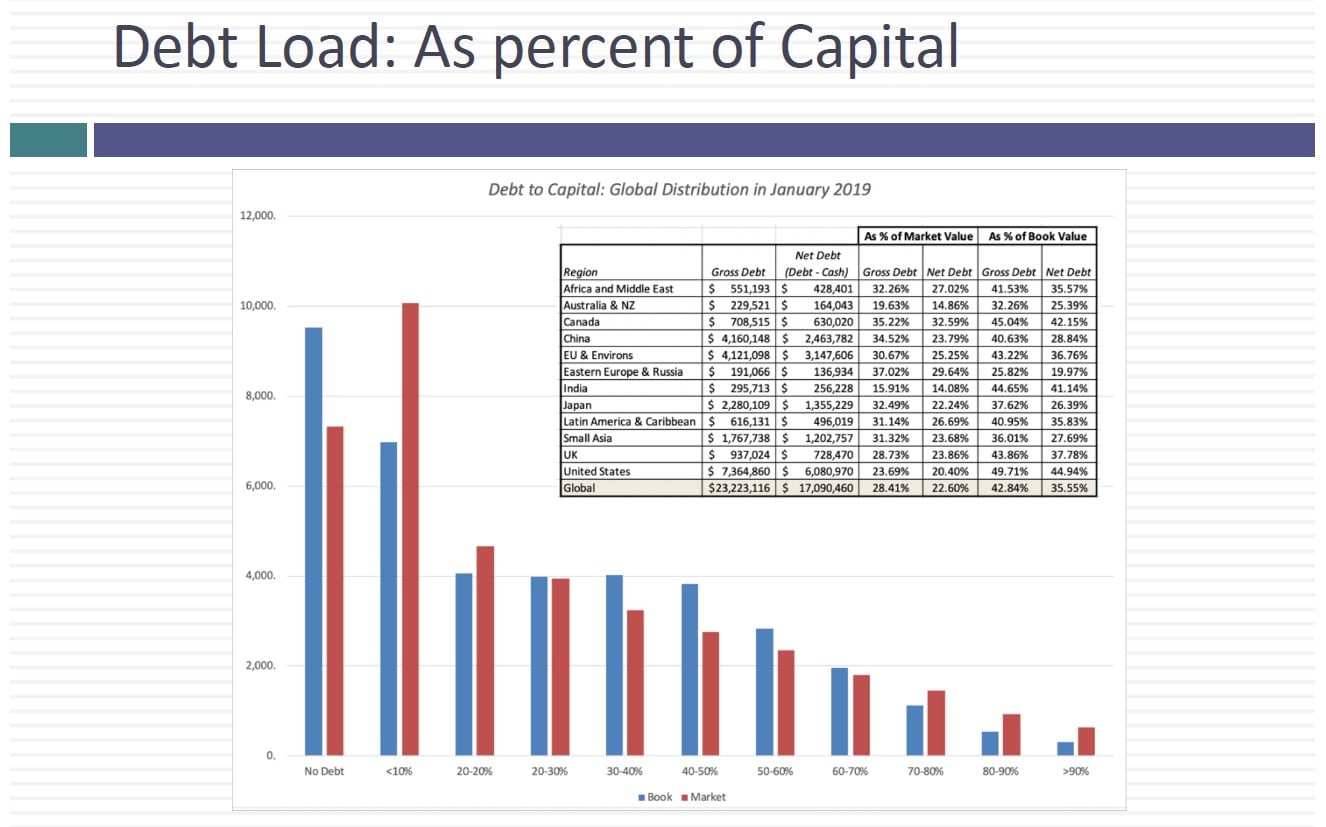 Does A Change In The Tax Code Impact Debt Loads At U.S. Companies?

Welcome to this my seventh day for my data for 2019. And in this update I want to talk about something that I think draw strong emotions and that is that there is a hot button issue there are people on one side of the spectrum when viewed as an and makes good. And the other side of the spectrum there are people who feel that it is something the company should avoid at all costs. The truth is usually the case falls somewhere in the middle. So in this particular session I’d like to focus first on how debt loads vary across companies across industries across regions kind of give you a sense of what the data tells me. But I also want to look at two changes one that’s already happened and one that’s coming down the pike. The first was a change in the U.S. last year in the corporate tax rate from 40 percent to 20 25 percent which I would argue should have had large consequences for how much debt U.S. companies carry. So we’ll look at whether that happens. The second is a change it’s coming this year and that’s a change in how leases are treated by candidates. Historically accountants have cut leases a free pass. A company that use leases has generally been able to evade the responsibly of showing those commitments as debt and instead shorted shorted as operating expenses. Finally in 2019 accountants are going to come to their senses and do the right thing which is St.Louis commitments as debt. I’m going to give you a preview of how that change is going to affect margins and returns on capital and profitability and why.

Let’s start with some basics. When you think about a company and you think about the ways you can fund a company that are ultimately only two ways you can use debt or you can use equity. And if you think about the pluses and minuses of using debt as opposed to equity. On the plus side you have two big benefits. The biggest benefit of all is a tax benefit across much of the world. The tax code is tilted towards debt. In what sense. Interest expenses are tax deductible but cash flows to equity investors dividends and buybacks have to come out of our after tax cash flows. The second in this is a mild benefit is there are some companies especially where the managers don’t own much equity in the company we’re borrowing money to make the company more disciplined in the way it picks projects and increases the consequences to being sloppy tax benefits and added discipline. On the other side of the equation there are two costs. The first is when you borrow money you increase the likelihood that you can fail to make the payments that are contractually required. And if you do so you could go into distress and essentially give up control of the company that’s bankruptcy cause. The second is when you invite lenders and company you are in fact inviting a group of investors very different incentives than your equity investors your equity investors might want to take riskier lenders might not. You’re saying who cares lenders when they come into firm would put constraints on what you can or cannot do.

So if you’re a company that values freedom perhaps you shouldn’t borrow money to tax benefits added discipline bankruptcy Courtenay’s and cigars. Now here’s what the tax code did in 2008 in the U.S. And you can see already why this should have consequences. It changed fairly dramatically. First the highest corporate tax rate the marginal corporate tax it was lowered from 35 percent to 21 percent. If you read state and local taxes the marginal tax rate for U.S. companies in 2017 was 40 percent. It’s now become about 25 percent. Second there were restrictions that were put on how much interest expense a company can deduct. And while this is going to be phased out over time those interest expenses if they exceed 30 percent of taxable income will no longer get a tax benefit. Since the bankruptcy laws did not change the benefits have dropped because of the change in the tax code the cost remained the same. You would expect US companies to now borrow less money. That’s a conclusion I drew at the start of last year when the tax credit passed. Let’s see what the numbers back that up. You’re in the stable I’ve looked at the total debt in the at the end of the third quarter of 2017. September 30 2017 and September 30th of 2018 which is the most recent data I have for most companies and I’m looking at the change in the total debt now broken down by region. Across the world companies increase debt.

There are some parts of world like Australia and eastern Europe we saw a drop in the debt of the US those what I want to focus on because yours where the tax code change and as I said I expect that to go down we actually went to the debt as a percentage of market equity decrease but the total debt increased. How do you explain this. I generally don’t take it onto myself to explain things that companies do but there are three possible explanations. The first is inertia. I firmly believe that one of the strongest forces in corporate finance is inertia. Companies do what they doing because that’s what that’s what they’ve always done. So it’s possible that it will take a while for the change in the tax code to flow through to come.