You are at:Home»Dividend Channel»This Small-Cap Dividend ETF Is Perking Up 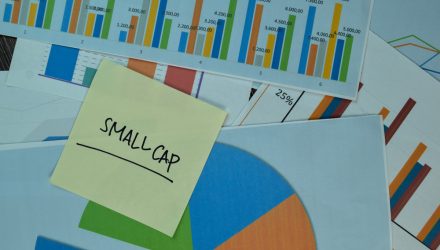 This Small-Cap Dividend ETF Is Perking Up

Small-cap value was hot earlier this year. It then cooled off, but there are signs that favored factor combination could heat up again into year-end.

Said another way, while some broader small-cap benchmarks are home to unprofitable companies and are short on dividend-paying stocks, SMDV offers investors a quality approach to smaller stocks. SMDV could also be worth considering over the near-term as an avenue for dealing with uncertainty surrounding Federal Reserve policy.

“Small-cap stocks outperformed the S&P 500 right after the Fed meeting through the end of the month,” notes ProShares Global Investment Strategist Simeon Hyman.

SMDV allocates 32.17% of its weight to financial services stocks, by far its largest sector weight. That’s a plus for investors because while bank stocks are historically positively correlated to rising interest rates, small-caps in this sector often display higher sensitivity to rising rates. Additionally, small-caps appear inexpensive today.

“A better bet might simply be valuations. Small caps are cheap after years of underperformance. But what’s the surprise? Another piece of conventional wisdom is that small-cap stocks are sensitive to rising interest rates. Why? They’ve got a lot more leverage than large caps, and thus are more exposed to increasing coupon payments on their debt. There’s some evidence that those two opposing small-cap forces—cheap but leveraged—were in play last month,” adds Hyman.

As the ProShares strategist points out, smaller companies usually carry more debt than their large-cap counterparts, which can make small-caps vulnerable to rising rates. However, that’s a broad statement. Zeroing in on SMDV, the Russell 2000 Dividend Growth Index’s components actually carry less leverage than members of the S&P 500.

Bottom line: SMDV is a quality idea in the small-cap arena and one with more rising rates protection than many of its counterparts.