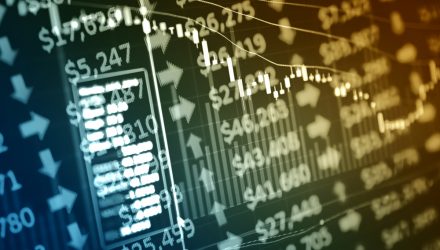 According to the Financial Times, some Evergrande investors have not yet received bond payments. With the 30-day grace period expiring on Monday, Evergrande moves closer toward a formal default.

Back in late September, Evergrande failed to make an interest payment, sparking volatility across global markets and whispers of a new financial crisis. The danger of widespread slowdown appeared to pass, but this latest development could prove troublesome as markets also react to new variants, ongoing supply chain woes, and politically uncertain times.

Evergrande indicated on Friday that it had received a demand related to guarantees on $260 million of debt. S&P analysts noted that the demand doesn’t constitute a default but also said, “Regardless, we believe that default looks inevitable for Evergrande.”

A Default Has Implications for Real Estate

“The key question on investors’ minds is whether the government is willing to change its policy stance on the property sector,” said Pinpoint Asset Management chief economist Zhiwei Zhang.

The Chinese real estate sector is critical, and though the news indicates that Evergrande will continue to be an ongoing story, investors shouldn’t write off Chinese markets, particularly in sectors outside of real estate.

In fact, this could be an excellent opportunity to jump onboard the SmartETFs Asia Pacific Dividend Builder ETF (ADIV).

ADIV is focused on high quality companies that are serving a growing local market as well as an international one. These are companies with track records of dividend growth and financial success. Despite Evergrande’s potential implications, these companies are not likely to be affected, as their exposure is in different sectors and their liquidity and track records have them well-positioned to take advantage of any market chaos.

The Asia Pacific region contains a third of the world’s population and is a fast-growing economic powerhouse. China is embedded in the global supply chain, and its position as an important world power won’t be threatened by the Evergrande crisis. Even if Evergrande cools the Chinese economy the way it did back in September, ADIV’s 35 roughly equally weighted holdings are sound enough to weather the regional storm and continue to thrive.