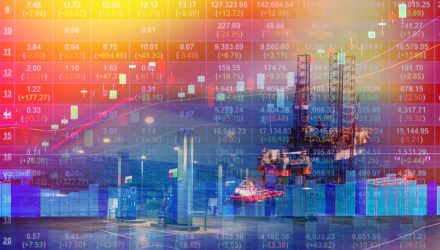 MOTO Could Soon Be on a Roll

The SmartETFs Smart Transportation and Technology ETF (MOTO) had a muted December but is up 38.10% since its November, 2019 inception and is well primed for continued growth. MOTO provides exposure to the smart transportation revolution — companies focused on EVs, AVs, and transportation as a service.

In December, MOTO saw its returns dip 1.32%, but some news on the EV space could forecast strong months to come. Infrastructure support for EVs is growing, and the demand for renewable energy solutions to the problem of climate change will continue to buoy the EV space, even as the market faces other pressures.

The best-performing holding for MOTO was NVIDIA Corp. which was up 27.8% in December.

Reasons to Be Bullish on EVs

Transportation Day at COP26 saw new commitments on the emissions front, with over 30 national governments and numerous sub-national governments (including the states of New York and California) along with automakers Ford, GM, Volkswagen, Mercedes Benz, BYD Auto, and Jaguar setting a goal of being 100% zero-emissions in leading markets by 2035.

Nissan announced the “Nissan Ambition 2030” plan, which involves a five-year, $18 billion dollar investment in e-mobility. The company plans to introduce 15 new EVs by 2030 across its Infiniti brands. Nissan aims to make EVs and hybrids account for 75% of its sales in Europe, 55% in Japan, and 40% in China and the U.S.

Electric pick-up and SUV manufacturer Rivia IPO’d in November with a market cap of over $100 billion, greater than that of Ford and GM. According the December report, “The shares were IPO’d at $78/share on November 9th and closed their first day at over $100/share before rallying even further to $172/share on November16th. Rivian has just over 50,000 pre-orders plus an order from Amazon for 100,000 commercial delivery vehicles by 2025.”

The need for a green future should drive MOTO’s performance up as the threats of climate change become more and more apparent.