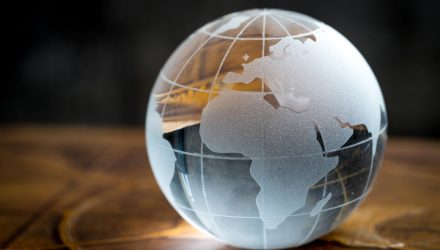 Grab Some of This Market’s Dividend Recovery With DIVS

Domestic dividend growth across multiple market capitalization spectrums is commanding plenty of headlines this year. With that in mind, it’s easy for investors, many of whom already have domestic biases, to focus on goings-on with U.S. dividend payers.

However, such investors should not ignore opportunities with dividend growth fare in ex-U.S. economies. The SmartETFs Dividend Builder ETF (DIVS) is a prime example of an exchange traded fund that helps investors split the difference between domestic dividend stocks and international names. DIVS allocates 51% of its roster to U.S. equities with the remaining 49% divided among eight other countries.

DIVS’ second-largest country weight is the U.K. at 15%, and that’s relevant because U.K. dividend growth is on a torrid pace of recovery this year.

“Payouts hit £34.9 billion between July and September, 89% higher than the same period last year, according to financial data firm Link Group,” reported Charlie Conchie for The Independent. “The sharp jump was in part due to large one-off dividends, but regular dividends also soared by 52.6% to £27.7 billion.”

There’s more to the story with U.K. dividend growth, and it’s good news for DIVS investors.

“The good news is that we have consistently seen companies deliver more in dividends than we thought likely at the beginning of the year in the depths of the UK’s longest, strictest lockdown,” said Link’s Ian Stokes in an interview with the Independent.

U.K. dividends were among the most damaged during the early stages of the ongoing coronavirus pandemic, but the country is regaining its status as one of the steadier payout growth destinations outside of the U.S. That pairs nicely with DIVS’ 9% weight to Switzerland, which, due to heavy exposure to high-quality blue-chip healthcare companies, remains a key contributor to the DIVS outlook.

As for DIVS’ U.K. exposure, it shares something in common with the U.S.: rebounding bank dividends.

“Banking dividends played a large part in growth between July and September after the Bank of England lifted all restrictions on payouts in July,” according to The Independent. “The Bank had ordered lenders to scrap nearly £8 billion worth of dividends last year to free up cash which lenders could use to support the economy.”