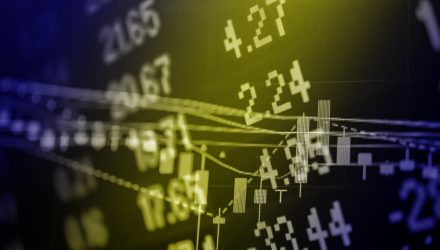 “We expect to see China embark on a course of monetary easing this year while the rest of the world tightens, and we think it can do so because 1. Consumer Price Inflation at 1.5% is not an issue, and 2. it has the financial resources to ease because it never spent so much on COVID support in 2020 – only 4.7% of GDP compared to 25% of GDP in the US, according to IMF data,” Guinness Atkinson writes.

Asian consumer price inflation remains considerably more benign than that of other segments of the market; inflation rates vary across the region, with China at 1.5% to India at 5.9%, but in each case, the inflation rate has not jumped significantly and is in line with or a little above the five-year average, in marked contrast to the experience in the U.S. and Europe, according to the firm.

Korea and Singapore are the two outliers, with the pressure felt especially in Korea with CPI inflation of 3.6%, some 2% above its recent average. This has been enough to prompt the Bank of Korea to lift its benchmark call-rate to 1.25%, almost to the pre-pandemic level, according to the firm.

During a month marred by turbulence and market losses, ADIV fell -2.87% in January, outperforming its index, which fell -4.35%. Asian markets, as measured by the fund’s benchmark, the MSCI AC Pacific ex Japan Net Return Index, had managed to hold their ground for much of January until the final week, ending the month down, according to the firm.

China Overseas Land & Investment Ltd. (COLI), the one new stock added to the portfolio in 2021, was the best performer in January.

This Chinese housebuilder has come out on top from all the upheavals in the sector as China finally clamped down on excessive debt accumulation by private developers, according to Guinness Atkinson.

COLI has by far the strongest balance sheet in the sector; short-term debt is 1.6x covered by cash reserves, and assets exceed liabilities by 1.4x. This leaves the company in a very advantageous position relative to its peers, and able to buy up new land for future development at lower prices while its competitors are occupied with strengthening their own financial positions. Guinness Atkinson bought the stock on a low valuation, and it has maintained or increased its dividend per share every year since 2003.