You are at:Home»Dividend Channel»Answer ADIV Call as Asia Dividend Growth Perks Up 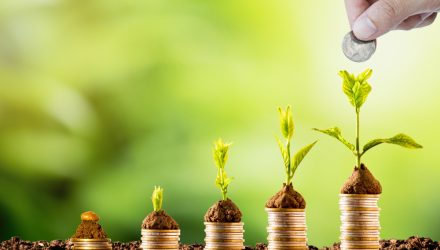 The outlook for global dividends is increasingly buoyant, according to Janus Henderson, provider of the Janus Henderson Global Dividend Index (JHGDI).

While the U.S. is the world’s biggest dividend market in terms of dollars, the breadth of dividend increases this year is undoubtedly compelling and brings with it positive implications for exchange traded funds, such as the actively managed SmartETFs Asia Pacific Dividend Builder ETF (ADIV).

“The global total of $471.7bn was boosted by delayed 2020 dividend payments returning to their normal timetable, but also by higher special dividends and positive exchange-rate effects. Underlying growth was 11.2%,” according to Janus Henderson.

Specific to ADIV, which emphasizes quality and dividend growth over high yield, payouts in Asia are perking up in a big way.

In the second quarter, “in Asia Pacific ex Japan, three quarters of companies increased or held their dividends with Australia boosted by banking dividends and Korea by Samsung,” notes Janus Henderson.

Australia and South Korea combine for 20% of ADIV’s weight, and the dividend ebullience in those countries was recently followed by the resumption of significant payout growth by banks in Singapore. The city-state accounts for 9% of ADIV’s roster, according to issuer data.

Rising payouts in Australia, an Asia-Pacific dividend stalwart prior to the coronavirus pandemic, are on the mend thanks to resurgent commodities prices, which are supporting mining companies’ dividends.

“Mining companies delivered extremely strong growth on the back of high commodity prices, while consumer discretionary payouts began to rebound as economic growth strengthened. In the banking sector, the recovery began in those parts of the world where regulators provided more clarity on an acceptable level for dividend distributions such as Australia, Europe and the UK,” adds Janus Henderson.

Hong Kong, which accounts for 11% of ADIV’s roster, wasn’t a big dividend offender last year, and its payouts were mostly steady in the second quarter, offering modest growth. Taiwan Semiconductor (NYSE:TSM), an ADIV top 10 holding, was that country’s only dividend payer to deliver a payout in the June quarter. Taiwan is the ETF’s second-largest country weight at 20%.

As Janus Henderson notes, many Chinese dividend payers don’t deliver payouts in the second quarter, but those that did this year were mostly dividend raisers. That country, the world’s second-largest economy, is the largest geographic exposure in ADIV at 25%.