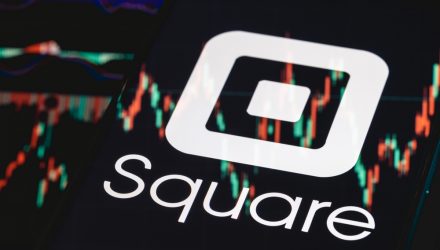 Breaking Down Square’s Acquisition of Afterpay

Earlier this month, Square (NYSE: SQ) announced that it is acquiring Afterpay for nearly $30 billion, marking one of the largest acquisitions to date in the still budding fintech industry.

Australia-based Afterpay is a buy-now-pay-later (BNPL) company, putting at the center of a concept that fintech is refreshing. Modern BNPL is essentially a fresher spin on layaway buying and catalog purchases from a bygone era of consumerism.

Either way, there are big implications in the Square takeover of Afterpay for the ARK Fintech Innovation ETF (NYSEARCA: ARKF), and not just because Square is the largest component in that ARK exchange traded fund. For starters, Afterpay has 16 million customers and works with 100,000 merchants around the world.

“Although we were surprised by its size, this acquisition could enable Square to launch its proposedly planned Cash App payments network and to allocate its scarce resources to other strategic efforts like Bitcoin and DeFi that will benefit both the Cash App and Square seller ecosystems,” according to ARK research.

Square, which accounts for 11.14% of ARKF’s weight, is the purveyor of the Cash App digital wallet. While Cash App is mostly viewed as a money transfer platform, a bank for many consumers, and a way to buy and sell stocks and Bitcoin, Square is looking to build out the digital wallet to tap into new growth arenas beyond traditional financial services.

Additionally, the Afterpay acquisition could serve as a runway for Square to grow Cash App’s client base outside the U.S. That’s something the company is trying to do as highlighted by smaller acquisitions and investments in larger European economies, including France, Italy, and Spain.

“In essence, Square is building the merchant or supply side of a payments network to supplement Cash App’s already established 70 million annual active user base on the demand side of the network,” adds ARK.

There are other benefits for Square in the transaction, too.

Adyen, a Dutch fintech firm, is the eighth-largest holding in ARKF at a weight of 4.14%.