You are at:Home»Disruptive Technology Channel»Where Are LYFT & the Ride-Share Space Headed? 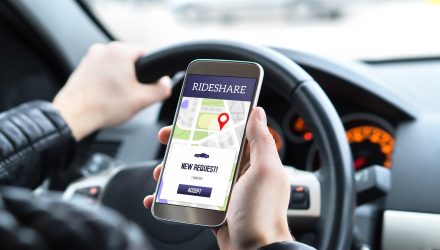 Where Are LYFT & the Ride-Share Space Headed?

In its recent Q4 report, ridesharing company Lyft came in ahead of revenue and earnings estimates. The company brought in revenue of $1.02 billion, representing a 52.4% increase from the same quarter last year when the company logged revenues of $669.57 million.

The company, which competes against UBER also bested consensus estimates by $35.75 million. Lyft also added to the number of active riders to 22.9 million, up from last year’s 17.9 million.

With investors concerned over the stock’s performace, analyst Justin Patterson of Raymond James had some thoughts recently as to how the company may fare in the future and why it may have fallen short for investors.

“It’s a heavy lift for Lyft, for lack of a better term. You still have to have some OPEX discipline in place. But look, the market is rationalizing it at this point. Lyft saw significant leverage in sales and marketing in 2019, and we think that’ll continue in 2020. So there’s a lot to still prove out here, but as long as growth is good and the market is rational, there is a path toward profitability for Lyft,” said Patterson on CNBC.
While Lyft and Uber compete in the same space, Patterson notes that there are some key differences in how accounting and growth come into play.
“If we are comparing apples to apples, Uber is excluding a lot of the same costs. You’ve got to put that in contacts right there. For the other component, save Q4 for 2020, again there’s a lot that Lyft has to do to get that right, part of that is going to be top-line growth, the rest is expense discipline. I think there’s a chance that we could see the profit target moved up towards the first half of 2021, but I’d be surprised to see Lyft come out and match Q4 2020,” he said.
Overall however, Patterson sees the ride-sharing industry improving, especially given that the key player keep costs under control.
“As some of the benefits for shared rides as we start to proliferate, we think you’ll see active rider growth improve over the second half of 2020. So really it’s just be a healthy market, show some OPEXdiscipline, and be less promotional, and there’s a big path towards profitability for both companies.”