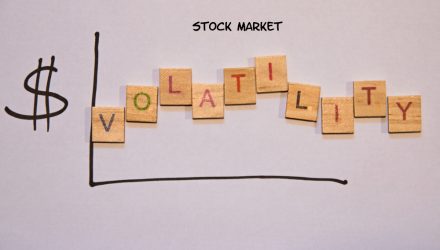 Despite falling off almost 40% year-to-date, the ARK Innovation Fund (NYSEArca: ARKK) is enjoying five consecutive weeks of inflows totaling around $1.3 billion, Bloomberg reports. ETF investors have funneled money into the ETF for three consecutive months now, the longest streak in a year, bringing in a net $965 million for 2022 alone.

The steady inflows in to ARKK comes even as the growth-themed ETF strategy takes multiple blows from a tightening Federal Reserve monetary policy outlook, rising commodity prices due to the Russia-Ukraine war, and worries of stagflation or slowing economic growth with high inflation.

“It’s opportunistic investing,” Chris Gaffney, president of world markets at TIAA Bank, told Bloomberg. “Maybe it’s an opportunity to rebalance and buy some of these big-name, good companies that have been in this correction and the prices are cheaper.”

Meanwhile, the S&P 500 is on its second consecutive week of losses, but retail traders haven’t been deterred by the heightened geopolitical risk-induced volatility. Investors have become a reliable support for the market, throwing cash back in to stocks for nine straight weeks.

Some have attributed this risk-on attitude partially to a habit developed during the Covid-19 pandemic. During the height of the coronavirus panic selling, investors still bought in to stocks during the March lows, which proved very profitable, including for ARKK investors.

Gaffney argued that there is a great sense of missing out.

“You always get some people who feel like, ‘I missed out on the last big run, and I’m not going to miss that again, so I’m going to get in now when prices are cheap,’” Gaffney said.

Art Hogan, chief market strategist at National Securities, noted that a broader tech-trade selloff may have become over-extended as investors dumped the segment amid prospects for higher rates.

“That being as oversold as it was certain it would be a place where you could find people who sift through the wreckage and say, ‘I can, with a modicum of comfort, say that these things are overdone. Enough damage has been done,’” Hogan told Bloomberg. “That probably is what drives some of the interest of late.”