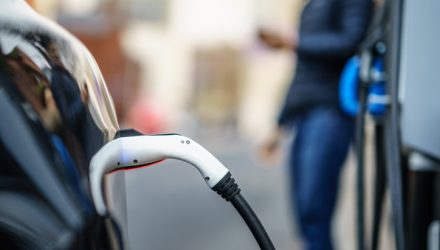 Use This ETF For Tesla Exposure and Get a Little Bitcoin, Too

The ARK Web x.0 ETF (NYSEArca: ARKW) is a fine idea for investors looking to access a basket of disruptive technology names with the benefit of the battle-tested active management team. These days, however, ARKW is known for having one of the largest weights to Tesla (NASDAQ: TSLA) among all ETFs.

Back in 2018, ARKW was also known for a large weight to bitcoin via the Grayscale Bitcoin Trust (OTC:GBTC). Proving the benefits of active management under the right circumstances, the ARK Invest team significantly pared its GBTC stake before bitcoin’s now infamous late 2018 slide.

“Today, GBTC is one of the ARK ETF’s 42 holdings, representing just 1.86% of the fund’s weight. ARKW is, however, actively managed so it’s not constrained by an index and can adjust its bitcoin exposure as its managers see fit,” according to InvestorPlace.

One of the main issues with releasing a Bitcoin ETF is the regulatory issues surrounding it. Regulators are spooked by the potential for criminal activity as cryptos become a potentially more potent force in the currency world. Owning the digital assets via a fund such as ARKW ameliorates some of those concerns. Plus, some market observers remain enthusiastic about the cryptocurrency’s price appreciation prospects.

“As an open, neutral, and permissionless global monetary system with no reliance on the State, bitcoin is in a good position to win this battle,” said ARK in a recent research piece. “If it does, ARK believes the result will be measured in trillions, more than an order of magnitude higher than its $150 billion network value today.”

Including its significant Tesla exposure, ARKK touches many other corners of the emerging technological universe.

On Tuesday, ARKW jumped 4.06% on more than triple the average daily volume, vaulting its year-to-date gain to almost 19%.