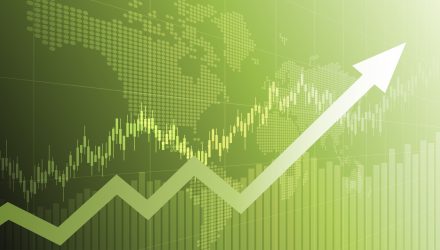 U.S. markets are charging higher today after moving off the lows from Friday’s cornonavirus-driven selloff.

The Dow Jones Industrial Average climbed 500 points higher, or 1.8%. The S&P 500 bounced back 1.7% while the Nasdaq Composite has been leading the charge, advancing over 2% to record highs.

Some of the recovery was fueled by newly rejuvenated coronavirus impacted tech stocks that had been beaten down previously. Tech behemoth Apple popped 3.1%, while Nvidia and Micron soared more than 2.5% apiece.

Travel companies that were directly impacted by the coronavirus, such as Carnival, which confirmed on Monday that a former cruise-line passenger tested positive for the virus, also saw price improvements. Carnival climbed 2.4%, while American and United were both up by more than 5%.

Leading the charge however, was Tesla, which blasted of over 17% higher, lifting the stock above $910. That move tails Tesla’s best day in six years. Billionaire investor Ron Baron, a longtime Tesla bull, noted Tuesday that Tesla could see revenues of $1 trillion in 10 years.

China has been taking measures to protect banks amidst fears surrounding the coronavirus. A Reuters report stated that China’s central bank could slash its key lending rate as well as banks’ reserve requirement ratios (RRRs) in the next month to bolster economic growth

“The balance between deleveraging and growth is likely to be tilted towards stimulus in order to make up ground lost due to the virus and quarantine,” said Larry Brainard, chairman for emerging markets at TS Lombard, in a note. “With Q1/20 GDP likely to fall sharply, we expect Beijing to respond aggressively with fiscal and monetary stimulus to get growth on track in Q2/20. This will generate a V-shaped recovery, led by the industrial sector.”

The virus has been on everyone’s minds, with the death toll reaching 426 Monday, including 20,679 confirmed cases in China.

“The fear last week was that the outbreak was happening at a time when the economic data was shaky at best,” said Willie Delwiche, investment strategist at Baird. He noted a dismal Chicago PMI release on Friday soured investor sentiment. However, the data released this week — including manufacturing activity and factory orders — show signs of stabilization.