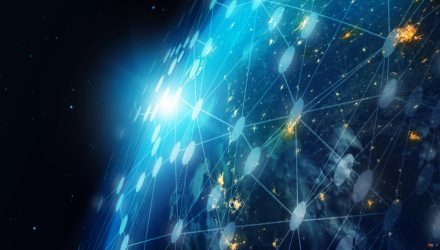 This ARK ETF Is Ready for the Space Industry Boom

Space is often referred to as the final frontier. Indeed, it is a frontier with massive opportunity for investors and that set can be accessed with the ARK Industrial Innovation ETF (NYSEArca: ARKQ).

The actively managed ARKQ invests in companies that potentially stand to benefit from increased adoption and utilization of robotics and artificial intelligence (AI), including those involved with industrial robotics and automation, non-industrial robots, and autonomous vehicles. Space exploration is also one of the themes the ETF taps into and data confirm that exposure is increasingly relevant.

“But over the years, the space industry has grown more complex. There are significantly more providers of satellite equipment and services, and the space market has expanded into new areas, such as space tourism,” reports Business Insider. “A new research note from Bank of America said the space economy would likely grow by $1 trillion in the next decade.”

Wade Into Space with ARKQ

Space companies derive the majority of revenues directly from their involvement in the space industry, enabling investors to potentially capture this growing segment of the global economy. The Commerce Department is already throwing its support behind the American space industry with ambitious goals for regulatory reform and promotional efforts.

“In our view, the space economy will likely grow by over $1tn in the next decade alone. While the COVID-19 pandemic has led to delays in some public and private programs (Arianespace, Rocket Labs, ESA), the outbreak has not appeared detrimental to overall investment,” according to Bank of America.

Some of ARKQ’s space exposure is in “sympathy” form via the ETF’s large weight to Tesla. Tesla founder Elon Musk also started SpaceX, a still private company looking to forge into space exploration and tourism.

Additionally, there’s a belief that the next wave of growth for the space industry will be coming from broadband internet communication. As a result, the amount of data being generated around the world with many of these new transformational technologies reliant on satellites means bringing some notable names back into play.