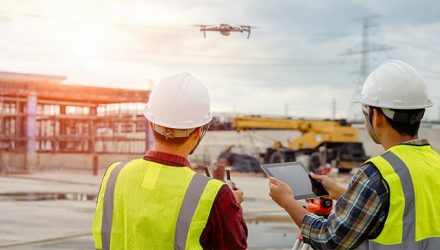 A couple months ago, Chris revealed his microcap “incubator” for the first time. Based on your feedback, you loved hearing about the extremely early-stage disruptor stocks that Chris monitors. So today, he’s sharing two more tiny picks.

As a refresher, tech “incubators” help young tech entrepreneurs start up companies. They provide seed money, office space, mentorship, and sometimes even a place to live, usually in exchange for an ownership stake in the young company.

Venture capitalists (VCs) often use incubators to access investment opportunities in their very earliest stages. By supporting these early-stage companies, VCs can bank astronomical returns—sometimes as high as 100,000%.

As far as I know, Chris is the only analyst who takes an incubator approach to recommending microcap stocks. He “stalks” very early-stage companies (sometimes for years), waiting for these companies to prove themselves.

The few that “graduate” to become official recommendations in his microcap advisory have handed out big wins. Like 422% on Magnite (MGNI), 251% on Personalis (PSNL)… and 201% on Atomera (ATOM).

[If you’re not a Project 5X member and would like to get aboard, now’s the best chance you’ll get all year, for reasons I explain here.]

When Stephen showed me the feedback from the first time I wrote about my incubator in April, I was shocked. I wasn’t sure if it would be an “interesting enough” idea, but I’m glad RiskHedge readers found it useful. And I’m happy to share a couple more “bleeding edge” stock ideas with you.

These just recently entered my incubator.

Keep in mind, I’m NOT suggesting you buy these stocks today. They’re too early in the game. But they all have exciting stories you should know about… and may one day graduate to become a potential investment opportunity.

I was sitting at my deck enjoying a cup of coffee and the breeze coming off the Gulf of Mexico when a swarm of bees scared me right out of my chair.

That’s what I thought it was anyway…

When I caught my breath and looked up, I saw a drone flying about six feet above my head. I had no idea what it was doing there, so I tried to wave it away with my hand.

Turns out the drone belonged to a crew of workers who were using it to inspect my storm-damaged roof.

Drones—or small, unmanned aircraft—have been around for a while. But we’re just now starting to see all the valuable ways they can improve our lives.

The drone at my house saved workers hours of time, hassle, and danger. Rather than climbing onto my roof and inspecting it, the crew uses the drone to see exactly what the problem is with high-definition video. It’s a much faster and safer way.

In addition to cameras, drones can be equipped with small, lightweight sensor components. Thanks to advances in robotics and smartphones, these components are becoming cheaper and more capable every day. And they’re unlocking all kinds of profitable uses for drones including:

But one of the biggest opportunities for drones is package delivery. And that’s where $260 million market cap company Drone Delivery Canada Corp. (OTC:TAKOF) comes in.

Drone Delivery Canada has pitched itself as a “railway in the sky.” It’s a complete “store-to-door” drone delivery solution. It provides drones equipped with proprietary flight management software, along with all the necessary services, including regulatory compliance.

Its drones are programmed to automatically follow a flight path. No need for humans to control them. They can carry up to 400 pounds.

This is an exciting company with a lot of potential. But it’s very, very young. I need to do more analysis to see if it can achieve the revenue acceleration necessary to pass my strict criteria.

Transphorm is beating the “Moore’s Law of Power” with its gallium nitride (GaN) semiconductor solutions.

“Moore’s Law of Power” is similar. It refers to the increasing capacity of power converters.

Power converters convert electrical energy from one form to another. AC to DC, for example. They’re a key part in charging almost anything with a battery—like cell phones and laptops.

For most of modern history, engineers have been packing more and more power into converters. That has made them more and more powerful—and enabled the exponential growth in the increasingly powerful technologies we enjoy every day.

But the rate of improvement has slowed recently, and it will soon stop. That’s because the silicon inside these converters has reached its physical limits.

That’s where Transphorm comes in with its gallium nitride (GaN) material.

GaN is the… material that can carry this law forward. Because GaN is intrinsically the best material for power conversion among all the practical materials.

It has the highest efficiencies and lowest losses in power conversion at any voltage range and it operates at higher frequency.

Transphorm is an interesting company built on more than a decade of innovation with a massive IP portfolio of over 1,000 patents. If its tech is reliable and scalable, this could be a real game-changer.

But the stock trades over-the-counter, not on a major exchange, and volume is extremely low with an average of just $136,000 per day.

So I’m keeping an eye on this one, but it’s too risky to add to your portfolio today.

We’re putting the stock in our incubator to keep tabs on it.