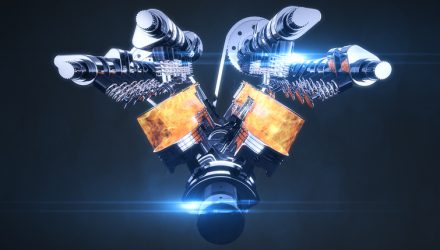 Among industry ETFs, passive or otherwise, the actively managed ARK Innovation ETF (NYSEArca: ARKK) is once again strutting its stuff in 2019. With just a few days left in the year, ARKK is higher by nearly 39% and Elon Musk’s  Tesla (NASDAQ: TSLA) is a big reason why ARKK is soaring.

With a 10.73% weight to Tesla, ARKK features one of the largest allocations to the electric vehicle maker among all ETFs.

Electric car company Tesla was taken off the Consumer Reports reliability survey in 2018, but improved reports from Tesla Model 3 and Model S owners have brought them back to recommendation status. As such, ETF investors may want to watch for funds with heavy weightings of Tesla.

All in all, Tesla climbed four spots in the latest iteration of the Consumer Reports Reliability Survey, which is based on reviews from owners of more than 400,000 vehicles. That’s good news, but there’s more to the Tesla story and how the stock is positively affecting ARKK. That includes Telsa’s recent, cost-effective software update that reduces the 0 to 60 time in the popular Model 3.

Last week, “Tesla offered an “Acceleration Boost” software update to improve the Model 3’s 0-60 mph acceleration from 4.4 to 3.9 seconds,” said ARKK in a recent note. “As shown in the chart below, this improvement would be the equivalent of adding roughly 85 horsepower (hp) to a gas-powered car.”

ARKK seeks long-term growth of capital. The fund is an actively-managed ETF that will invest under normal circumstances primarily in domestic and foreign equity securities of companies that are relevant to the fund’s investment theme of disruptive innovation. Its investments in foreign equity securities will be in both developed and emerging markets. It may invest in foreign securities (including investments in American Depositary Receipts and Global Depositary Receipts and securities listed on local foreign exchanges.

Over the past three years, ARKK is higher by 155%, more than doubling the returns of the S&P 500 Growth Index over that period and that is with some turbulence by Tesla over that time frame. Now that stock and its horsepower update could further accelerate ARKK’s upside.

“Tesla is charging $2000 for this over-the-air (OTA) software update, much less than such an improvement would cost in a gas-powered car,” according to ARK Investment Management. “Not only would switching engines to enhance horsepower require significant time and labor in a body shop, but it also would cost more than $4,000 just for the engine.”