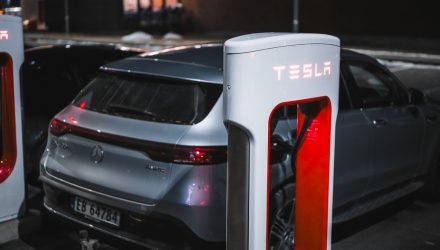 While its CEO attempts to buy Twitter, Tesla Inc. (NASDAQ: TSLA) is posting record profits and producing more while spending less. During the first quarter, the electric vehicle manufacturer reported that it had produced more than 305,000 vehicles and delivered more than 310,000 vehicles. Its operating expenses totaled only about $1.9 billion. By comparison, this is less than Rivian’s ~$2.1 billion during the fourth quarter.

Last week, Tesla CEO Elon Musk reiterated the company’s commitment to manufacturing a purpose-built robotaxi –– with no steering wheels and pedals –– and moving it into volume production in 2024. At the midpoint of ARK’s latest valuation model, Tesla would launch a robotaxi service in 2024, two years later than its initial goal. ARK Investment Management analyst Tasha Keeney projects that “more than 60% of Tesla’s enterprise value in 2026 could be attributable to its robotaxi platform.”

“Tesla’s prospective robotaxi business line is a key driver, contributing 60% of expected value and more than half of expected EBITDA in 2026,” writes Keeney in the valuation model. “Across our simulation set, we expect electric vehicles to constitute 57% of the company’s revenue in 2026, albeit at substantially lower margins than robotaxi revenue.”

Shares of Tesla rallied on April 21 after the electric-vehicle maker announced a record quarterly profit of $3.3 billion and indicated that production could keep expanding despite ongoing supply chain challenges and factory shutdowns. Musk said the company could produce more than 1.5 million vehicles in 2022, up 60% year-over-year.