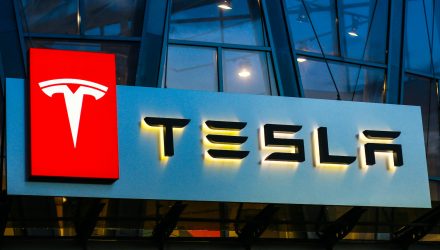 After reporting a robust quarter just days ago, shares of Tesla sank over 12% Friday after CEO Elon Musk tweeted that the company’s shares are priced “too high.”

Tesla CEO Elon Musk apparently said Friday morning on Twitter that his company’s stock price is “too high,” and also seemed to be criticizing government-ordered shutdowns due to the coronavirus.

It was a bit unclear at first whether the tweets were authentic or whether Musk’s account had been hacked, given his history of tweeting controversial comments, but investors took the development seriously. Tesla’s stock was down 11.5% to $692.14by noon EST in trading and has recovered some, down 9% as of almost 1 PM EST.

The company’s shares had more than doubled from their coronavirus low of $350.51 on March 18 prior to Musk’s comments. Tesla stock was trading at 760.23 just before Musk tweeted and then dropped to a session low of 717.64, before falling even more.

Production at Tesla’s factory in Fremont, California, has been shut down for quite some time as a result of the COVID-19 pandemic. But first-quarter sales of the company’s electric cars were robust, with the electric car manufacturer generating a stronger-than-expected earnings report Wednesday, which helped catalyzed gains in the stock price.

While the source of the tweets has not been thoroughly reviewed, Musk has always been a polarizing figure and has had issues with the SEC in the past for tweeting about the company’s stock. He has since agreed to submit his public statements about Tesla’s finances and other topics to vetting by its legal counsel. The agreement followed from one of Musk’s most infamous tweets in August 2018 claiming he wanted to take Tesla private at $420 per share and that he had secured the funding to do so. There are still ongoing legal ramifications as a result of those tweets in 2018.

Musk has also been vocal about the coronavirus pandemic, expressing that in the company’s Wednesday earnings call that shelter-in-place orders are “forcibly imprisoning people in their homes against all their constitutional rights.”

Tesla representatives did not immediately respond to a request seeking confirmation of or comment on Musk’s tweets.

ETFs with large allocations of Tesla, such as the First Trust NASDAQ Global Auto Index Fund (CARZ) and the Global X Lithium ETF (LIT) are down 4.63% and 5.39% respectively on the news, as the benchmark stock indexes continue to plunge.